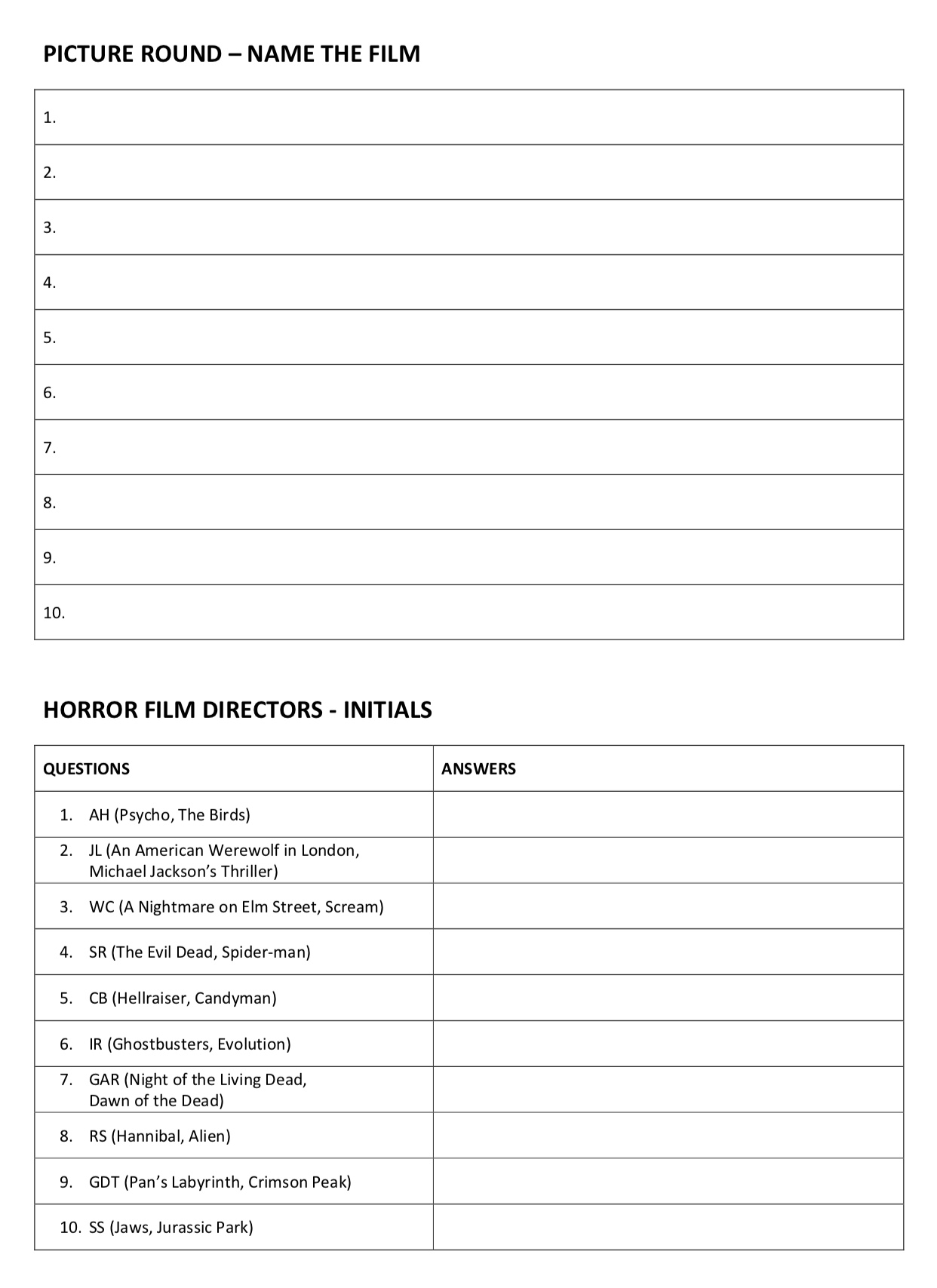 1. Dustin, Will, Mike, Lucas and Eleven are the lead characters in which supernatural horror TV series?

2. Richard Bachman was a pseudonym of which famous horror fiction writer?

3. Which two actors portrayed Fox Mulder and Dana Scully in the TV series The X-Files? (1/2 point each)

4. Bill Skarsgard and Tim Curry are both actors associated with which horror film character?

5. Army of Darkness is the third instalment in which horror film franchise?

6. What is the nickname given to the killer in Scream, prior to finding out his or her true identity?

7. The 2017 remake of ‘It’ is now officially the highest-grossing supernatural horror film of all time. Which 1999 film did it displace from the top of the list?

8. Which Hungarian actor is credited with originating the role of Count Dracula in the 1931 film Dracula?

9. Which dark British comedy series will return this Christmas for three episodes, allowing fans to glimpse Royston Vasey for the first time in fifteen years?

I’ll publish the answers on 31st!

If you need more, check out last year’s quiz!