As with any hugely popular TV series, there’s always a big attempt to get its fans to part with their hard earned money by any means necessary. The Walking Dead is no exception. Check out these weird and wonderful items that could be yours if you have more money than sense.

Why wouldn’t you want to put some cool images from The Walking Dead on your feet? Imagine the heads of zombies exploding as a bullet impacted on their undead skulls. What about the mixture of fear and anger Michonne has when seeking revenge on The Governor? Or, maybe you’d prefer a picture of Andrew Lincoln portraying Rick Grimes pensively looking out into the distance whilst crouching in the middle of nowhere? No? Oh… Pick them up here.

Yours for just £329 plus shipping, this guitar will make you the envy of all your friends who will sit back and think “I wish I was so rich that I could blow so much money on a terrible-looking guitar and think it was a good idea.”

“This would look great alongside my CSI: Miami saxophone”

His success had gone to his head.

Clearly the $350 asking price on the official website didn’t put many people off. It has to be said, this looks spectacular. It’s a lot of money to spend on something like this, but of all of the comic book range of toys and collectibles, this is up there with the best. 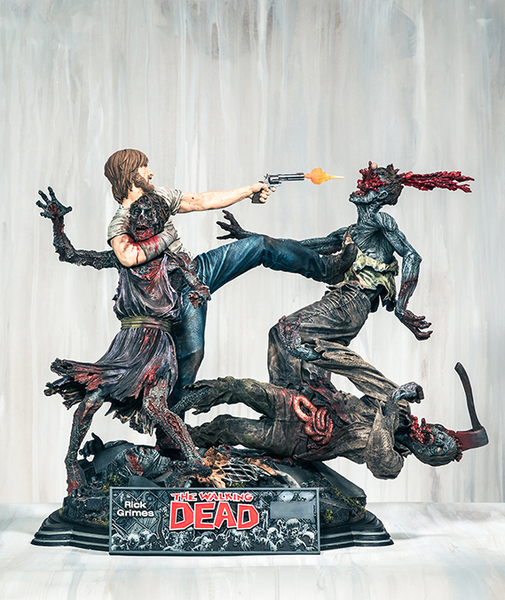 A collectible as bad-ass as the man it portrays.

Another stylish piece of merchandise is this, a nice, plain and simple logo t-shirt that really works in the charcoal grey colour. There are plenty of other options with catchphrases and other gimmicks, but if you want something more subtle then this is what you need. It will set you back $19.99. 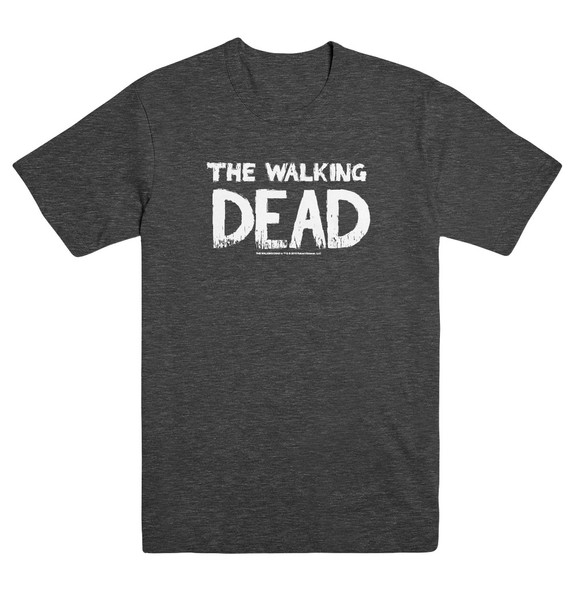 Simple and stylish clothing for fans of the comic.

Not much to say here, but if you’re sitting in the middle of a Venn Diagram that consists of the categories “Loves The Walking Dead”, “Loves Pinball”, “Has too much money” and “Had no sense” then this is the product for you.

This may be more within your price range. A mere $20 will get you this stylish wallet inspired by the All Out War story arc of the comic book series. It will be cool to get hold of it now and then when the story kicks in early next year in the television show you can say “It was much better in the comics” as you whip out your cool wallet and pay for a mug of smug. 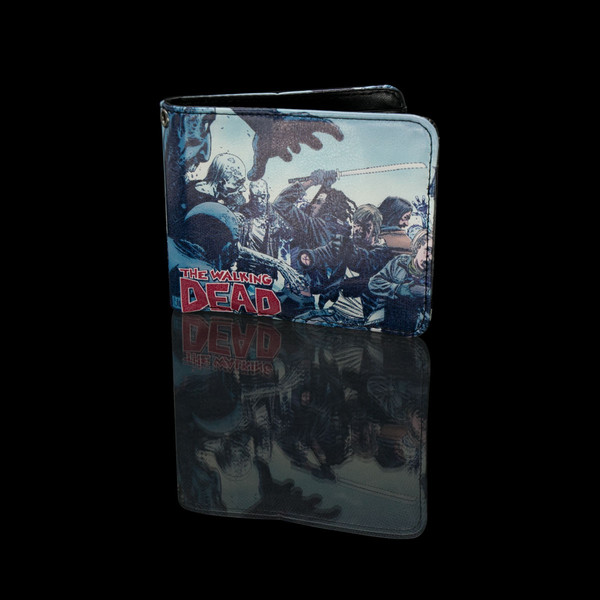 Both cool and practical.

Check back tomorrow for a review of the first episode of Fear The Walking Dead, the new series that premieres on the BT-exclusive AMC channel.