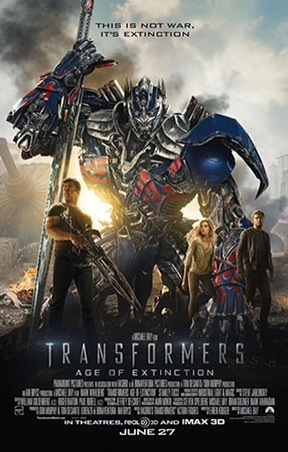 So then. Transformers 4. The fourth in the rebooted franchise. The one everyone has been dreading. Can it really be as disappointing as we hope it isn’t?

Well, the answer lies in your expectations. The storyline is interchangeable with any of the others. The autobots and deceptacons are having a battle about something and the humans are involved too, because it’s set in a conveniently placed city in USA. They’re back here in hiding because… there was a reason. I think the humans wanted to kill them. Some of them did. But they wanted to protect the other ones. But… OOH EXPLOSION!

The main difference is that Shea LeBouf was busy perfecting his English accent for Nymphomaniac so has been replaced by Mark Wahlerg. This changes the dynamic, I guess, as he is protecting his daughter rather than his girlfriend. Her Irish boyfriend was introduced about 30 minutes in, but he felt like an afterthought. To be fair, Kelsey Grammer and Stanley Tucci are both in fine form as the bad guys.

At the end of the film, I felt surprisingly satisfied. The film didn’t tax me, the storyline was pretty forgettable, but I like the series and they have made some massive improvements, my favourite of which was to do with the CGI elements.

Of course, a Transformers film is not a Transformers film without good CGI and that is where the last two fell down. This time around, we can actually see the fights and the transformations. We can follow the action. The transformers are identifiable and unique. We are rooting for one over another. They don’t lose a heap of screws, metal and oil every time they take a step. The camera is much less shaky. It was, well, quite good to be honest.

Another good thing was that the human characters, in general, were likeable. You rooted for the good guys and hated the bad guys. They were clearly defined as they should be in a summer action film. Mainly the bad guys wore all-black, which helped someone with a low IQ like myself.

The film also managed to strike a good balance between taking itself seriously and being tongue-in-cheek. You can’t be too serious when you’re talking to an alien robot, and I felt they got this spot on.

I used to like the toys and cartoon as a child, but I wasn’t a die-hard fan. Indeed, from memory there weren’t that many die-hard fans, but people vaguely remembered having an Optimus Prime action figure and laid claim to being Transformarians (I made that up) when the reboot was originally announced. For this one, there was a lot of pre-release chat about the dinobots. I honestly don’t believe anyone remembers them vividly. They’re hardly in the film, appearing maybe 90 minutes into the action. They didn’t change much but might help fund film five.

So, take your pick. It’s a big, dumb, action film. The men are meat heads, the women are attractive. There are car chases, explosions, robots fighting. The storyline is flimsy. It’s great.

Now let me get back to drinking my Bud Light whilst I purchase a Chevrolet will you? 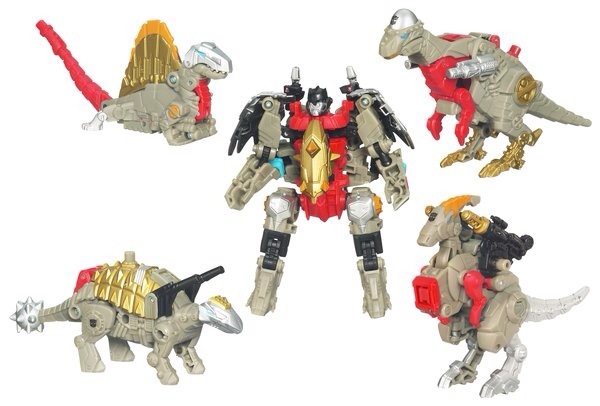 Back in October 2013, I saw the first ten minutes or so of Ilo Ilo in the most unfortunate of circumstances. Managing to get down to the London Film Festival (LFF) for a couple of days, I had to carefully select my programme of films based on stuff I really was desperate to see and then fill it with pictures I found interesting that I knew little about. This film was the latter, but my viewing pleasure was doomed from the start.

In a packed auditorium in Leicester Square, director Anthony Chen looked in in horror as his debut feature – on its UK premiere and being screened in competition – began playing with a terrible synchronisation problem that left the sound about two seconds ahead of the action. In the first instance I was disgruntled, having wasted an opportunity to so many other delightful films on offer by picking one that failed to even get started. Over the next few days, though, I began to be more frustrated by the fact I wasn’t going to get to see the rest of the film for an unspecified period of time.

Indeed, I did get to see the film last Tuesday, a whole nine months since my first attempt. As the feature started the familiar sound of Jiale feigning injury brought back memories of the LFF, and the dread overtook me that maybe I wouldn’t get past the first ten minutes again. At last, though, success. Everything was as it should be. Was it worth the wait? In every way.

The story focuses on a young boy called Jiale, who is causing issues at home and at school that are too much of a burden for heavily pregnant mother Hwee Leng and struggling father Teck. To ease the strain, they employ a housemaid Teresa (or Terry), a Filipina in search of better job opportunities. We join them on a journey as the family learns to adapt to the extra presence in the house and Terry becomes part of the family.

If you’re even considering seeing a Singaporean independent film at the cinema, then I’m going to assume it’s your kind of thing. I chose to see Ilo Ilo over the likes of Maleficent, Transformers: Age of Extinction and other summer blockbusters. I did this not to be purposefully obtuse and avoid populist opinion, but because I enjoy the wide variety of storytelling methods that I find when watching films from other cultures and continents. In fact, I don’t think I’ve ever seen a Singaporean film before. Every director is influenced by his surroundings and experiences, and this is inferred in the way they tell their stories.

The film has no car chases, no romantic sub-plots, no heated affairs. It avoids a clichéd happy ending, even when there was an opportunity to play out a really obvious conclusion. To do so would have betrayed the previous 70 minutes of subtle and realistic character development. The point of the story isn’t to resolve everyone’s financial and emotional issues, but rather to show the massive effect the housemaid Terry has on Jiale’s life, as we join him on a journey from being a misbehaving child to something a little easier for his parents to cope with through the bond he forms with Terry.

Ilo Ilo. Not a film for every cinema goer, but if you’ve come as far as searching out this blog to look for an opinion on it then I have an inkling that it’s something you’ll enjoy. I’m sure you won’t be disappointed.

Ilo Ilo is showing at selected independent cinemas in the UK now.