Nintendo have launched the first trailer for their upcoming console Switch. Previously known as the NX, on Thursday afternoon they announced the official name, provided a release date of March 2017 and gave a glimpse of several new games.

Here’s the console in action.

What games will be available?

The games we saw were as follows.

There were be precise confirmations on the dates of release of these, so I’m not assuming that they will be release day titles.

The inclusion of Skyrim is an interesting point. Whilst it’s a relatively ancient game – it will be over five years old by the time the Switch hits the shelves – there is a clear statement here that the console can handle much more advanced graphics than anything Nintendo has on the market right now.

When will it be released?

March 2017 is as much information as we are given at the moment.

Is it worth getting excited about?

Certainly for owners of the Wii U, it’s worth starting to get interested in now. It’s more powerful, it blends both the DS range and the home console market, and it basically realises the potential of the Wii U.

Unfortunately, the backdrop of the industry is based on powerful technology as Sony and Microsoft release updated versions of their consoles before Christmas. There is also the VR factor, with Sony putting out their PlayStation VR shortly and Facebook’s Oculus Rift and the HTC Vive already on the market.

There’s a risk that the Switch will get caught between mobile gaming – which around 100% of its potential userbase already own a platform for – and a hardcore gaming console. There is also an assumption that the Wii U owners will come back for more potential punishment after four years of negligence. This will only be solved with a decent list of launch titles and keeping to promises on releases, something that Nintendo has sought to combat by releasing a list of partnering developers, and it looks very positive indeed.

It clearly won’t be a cheap piece of kit either, but probably needs to drop in lower than both the Xbox One S (currently £239.99 for a basic model) and the PS4 (£249.99 for the basic model). The Switch needs to be in line with that.

At 3pm today (BST), Nintendo will launch a trailer for the new console, currently going under the name of NX.

There is scant information on how much will be revealed, but I’d guess they’d need at least a console name and a final release date.

If we’re lucky, we might even get a few launch games and a glimpse at the console and controller, though to be honest it’s unlikely given their recent form.

The worst case scenario will be that we are just told there has been a delay to the release and they then give a non-specific new release of Q3 FY2018.

I guess we’ll find out at 3pm.

Last week, Nintendo excitedly announced plans of their next console. Temporarily named Nintendo NX, the console is due to hit the shelves in March 2017.

The news is a bittersweet result for owners of the Wii U, a group to which I am a member. On the one hand, Nintendo’s innovative consoles are always something that reinvigorates the gaming industry, in a time where Sony and Microsoft are happy to simply enhance the power of their machines and add different numbers to the console names and their biggest franchise. Not that there’s anything wrong with that – clearly the popularity of the PS4 shows they are doing something right, with some 40 millions units sold so far.

The Wii U, on the other hand, is generally considered to have been a failure. With only 12.8 millions units sold, it is clear it has performed far below expectations. Whilst this is more than the Xbox One, unfortunately the sales have all but stopped, sharply declining in Q4 of 2015-16.

It isn’t like Nintendo gave up on it years ago, despite it clearly being a losing battle. There have been some of the genuinely impressive Nintendo games released, including the unexpectedly user-friendly Mario Maker, arguably the best Mario Kart game of all time, arguably the best game on the console in Super Smash Bros., the most enjoyable multiplayer platformer I’ve ever played in Super Mario 3D World.

Unfortunately, there are some massive holes in the release cycle too. The biggest failure is the lack of 3rd party support. Other than Bayonetta 2, a console exclusive, there hasn’t been much to shout home about. Rayman Legends, originally announced as an exclusive, was delayed and then released as a multi-console game. 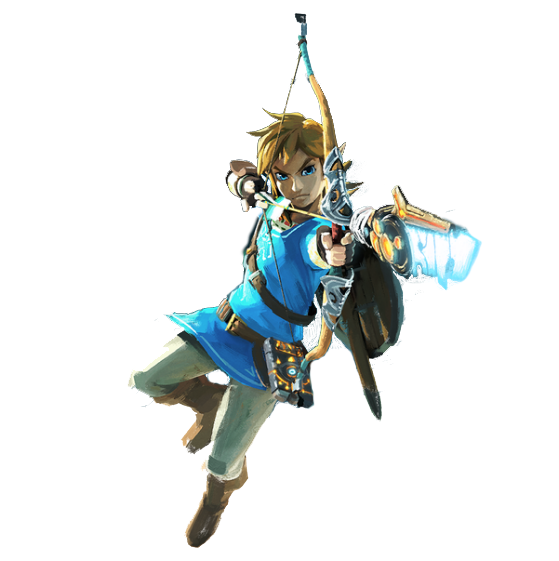 This wasn’t the biggest let down of the promises made before release. One of the reasons it was able to stir up a lot of interest prior to its release was a tech demo of a new HD Legend of Zelda game, which first appeared at E3 in 2011. The console was release with no Zelda launch title, but two months later a release date was unveiled, positioning the game for a 2015 release.

The year came and went with no game, leaving Wii U owners hanging on for more information. More recently, it was announced that the game would release simultaneously on both the Wii U and NX. Essentially, if a Wii U owner wants the best Zelda experience going, they will have to invest in the next console.

So where does that leave Wii U?

Unfortunately for Wii U owners, the situation is looking largely precarious. The console has had some brilliant games, but more recently the releases have slowed down and don’t really feel like new releases at all. Only surprise hit Xenoblade Chronicles X has shown itself to be a success with fans and critics as a new release. All the other big releases have either been terribly received (Amiibo Crossing and Mini Mario and Friends: amiibo Challenge) or simple re-hashes of older games (two Zelda HD remasters and a Star Fox remaster that was packaged as a brand new game).

These are simple sticky plasters for a console that is beginning to show cracks, but looking ahead the future looks even more bleak. The multi-platform Lego Star Wars: The Force Awakens might ignite some interest for owners with only a Wii U at their disposal. The Mario and Sonic at the Olympics series has never really been popular.

Tokyo Mirage Sessions #FE was popular in Japan when it was released last year, and the Western release is likely an experiment from Nintendo to test the water with Asia-specific releases. If it’s popular then the floodgates might open to allow more games that are currently Asia-exclusives to see releases in the Western markets.

It is likely that another Mario Party will be announced at E3, as they appear to be very easy to create and utilise the still-popular amiibo toys. Given the lethargy about the last release, it will be a simple cost analysis to see if they’ll make a profit on it. If so, it will be green-lit.

The one glimmer of hope comes in the form of Paper Mario: Colour Splash, set for a 2016 release. The exact details of this release are yet to be announced, but this one standalone release has an air of “I’ve started so I’ll finish” about it.

Why should Nintendo bother?

Unfortunately for Wii U owners, that’s not an easy question to answer. Realistically, the console cannot be revived and the small ownership isn’t worth targeting with a massive new game that might as well be delayed and released as a launch title for the NX.

The only purpose of announcing a new and exciting game on the Wii U at this stage would be to thank the fans for their patience and keep them happy ahead of the release in a year’s time.

Whether this will happen remains to be seen.