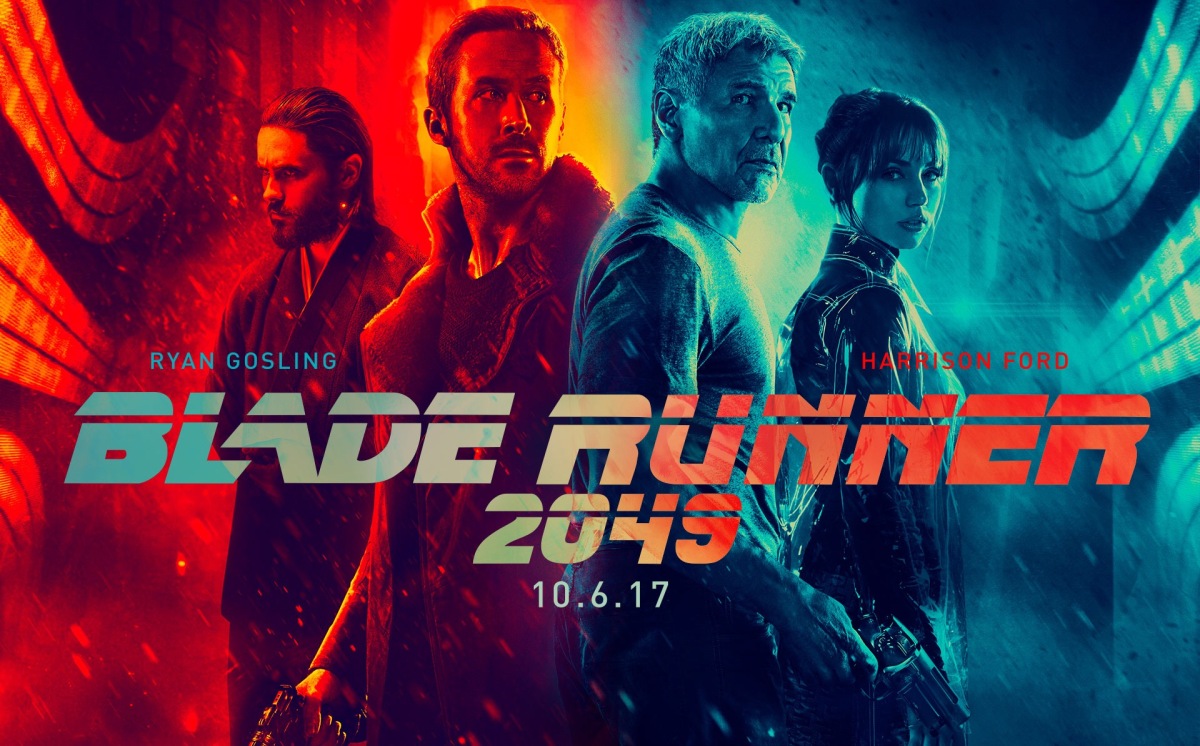 The announcement of a new Blade Runner film after a 35 year gap was always bound to be met with trepidation from the loyal fans of the original. Ridley Scott’s sci-fi epic, first released in 1982, has undergone something of a cult status transformation and is now generally viewed as one of the greatest sci-fi films of all time, holding a 91% audience rating on results aggregator Rotten Tomatoes and serving as a touch point for films of all genres for generations. Surely bringing back the film for a rather needless sequel, re-treading old ground that fans didn’t want to revisit, would only result in failure.

Actually, the countless versions of the original film available to view indicate just how willing Scott was to wring the masterpiece for every drop of life, managing to go unnoticed as he George Lucased every scene and finally settled on 2007’s The Final Cut. The main reason he got away with it? Two-fold. Firstly, Blade Runner has fewer fans than Star Wars. Secondly, Scott was actually improving on the original.

So, thinking about it Blade Runner 2049 makes perfect sense. It can build on the existing fanbase, re-ignite interest in the original film and give a new and ambitious director a crack at creating something truly original and perhaps turn the cult film into a blockbuster franchise.

The man tasked with doing this is Denis Villeneuve, a director who crafted two excellent films in recent years in the form of drug crime-thriller Sicario and futuristic sci-fi Arrival.

Did he achieve everything the fans and studio had wanted prior to seeing the film? Not really. But the final result is absolutely astonishing and perhaps better than anyone could have possibly hoped for. 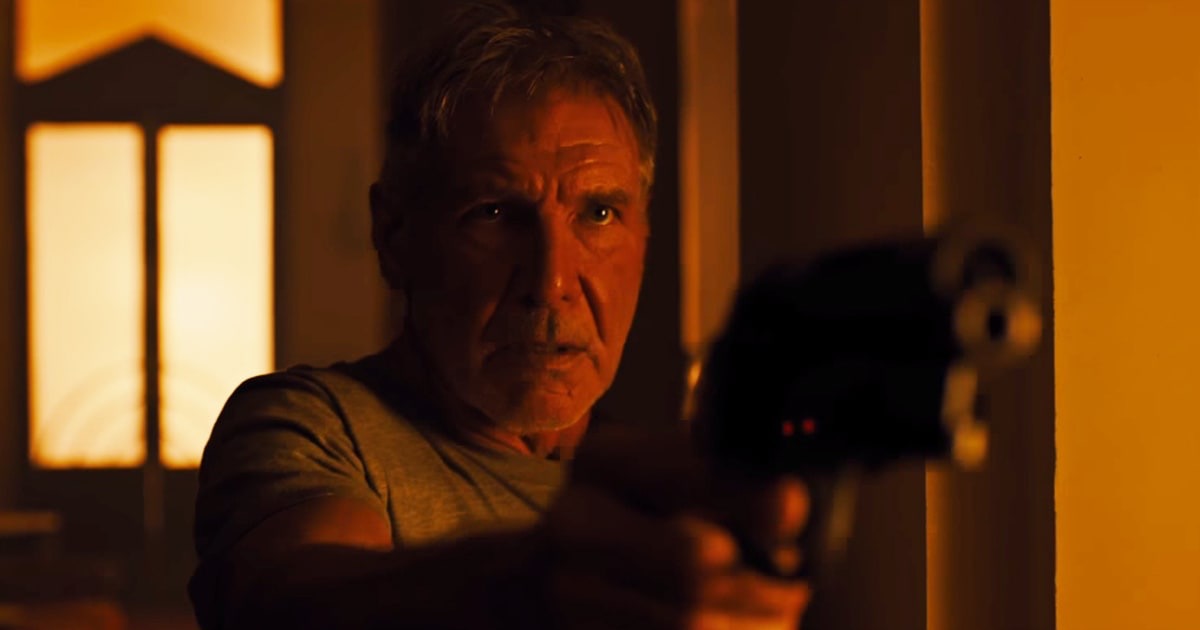 Set in 2049, the plot focuses on Ryan Gosling’s “K”, an agent working for the LAPD as a “Blade Runner”. It is his job to hunt down and eliminate rogue replicants – bioengineered humans who have been integrated into society to serve specific jobs, essentially working as slaves. K lives with a holographic girlfriend named Joi (Ana de Armas), a product of the replicant manufacturing company The Wallace Corporation, a company building on the work started by the Tyrell Corporation and headed up by Niander Wallace (Jared Leto). After K finds some potentially revelatory evidence that a replicant may have been a female replicant that gave birth to a child, his superior Lieutenant Joshi (Robin Wright) orders him to destroy the evidence to prevent an unpreventable conflict between humans and replicants should the knowledge reach the public. Going against his boss’s orders, K chooses to investigate a mysterious replicant named Rachael, with all routes pointing towards a former blade runner named Rick Deckard (Harrison Ford).

Villeneuve’s vision, created alongside cinematographer Roger Deakins, has turned out to be one of the most visually stunning spectacles of the year. A shoo-in for a Visual Effects nomination at the Academy Awards, the dull, desolate misery of the original film are replaced with brilliant orange hues, polarised colour palettes and sensory overloads. That it still feels part of the same universe seems unlikely, but it definitely does.

Ryan Gosling is perfectly cast as K, a replicant battling with questions about his own mortality. The pacing to some may feel slow, but in reality it is a deliberate choice. As K discovers more pieces about the puzzle, we as the viewer are given space to breathe and think about the very same questions. It an overpoweringly intelligent way to deliver a film and puts a lot of faith into the viewers that they are intelligent enough to process what is going on.

Questions remained about the character Joi throughout its cinematic release, and beyond. Criticism focused on the fact that Joi exists only to serve the needs of Ryan Gosling, and is totally dependant on him. My take on her was entirely different – indeed her inclusion felt like a genuine triumph. As a character, she has been created to show huge developments in replicants since the original film, but also poses further questions to the viewer. If a product could be bought straight off the shelf to stimulate every human emotion just as required, would that be a good thing or a bad thing for the human race? Does removing real emotion through human interaction make us any “less human than human”?

“Cinema is a mirror on society. Blade Runner is not about tomorrow; it’s about today. And I’m sorry, but the world is not kind on women. There’s a sense in American cinema: you want to portray an ideal world. You want to portray a utopia. That’s good—dreams for a better world, to advocate for something better, yes. But if you look at my movies, they are exploring today’s shadows. The first Blade Runner is the biggest dystopian statement of the last half century. I did the follow-up to that, so yes, it’s a dystopian vision of today. Which magnifies all the faults. That’s what I’ll say about that.” [full article here]

Incidentally, Julia Alexander wrote a superb and balanced article on the matter on the website Polygon, which is well worth checking out.

Blade Runner 2049’s performance at the global box office may well have done it out of further sequels, no doubt to the disappointment of Warner Bros. It made money – $258m based on a $150m budget (as of 24th December 2017) – but not enough money. It feels like a risky prospect to pump more money into the franchise when the likely drop-off in profit would potentially lead to a loss-maker.

This is a double-edged sword. 2049 feels like a fitting end to the original film, complimenting it whilst not ruining its mystery and intrigue. It would be difficult to achieve a third great film in the saga, so a studio unwilling to make any more instalments is a positive. However, it felt refreshing to see a genuinely thought-provoking blockbuster that left me contemplating the contents for weeks. It’s sad to think there will be fewer of these in the future.

Blade Runner 2049 is a breath of fresh air for cinema in 2017. Villeneuve should get substantial credit for pulling off the near-impossible. He’s created a visually-stunning masterpiece that builds on the original without ruining any of it. Whether it will be talked about as much as Ridley Scott’s original in 35 years’ time remains to be seen, but for now it feels like a more-than-worthy addition to the story. Simply brilliant.

There were three short films created to bridge the gap between the original film and the new instalment, which can be viewed in chronological order below.

They don’t ruin anything about the film, but they do compliment it quite well. Very much worth watching.