Walt Disney Animation Studios have released their 56th animated film, the musical Moana. I’m going to whisper this quietly, but it might actually be better than Frozen.

The story follows 16-year-old girl Vaiana as she defies her passage to become the leader of the tribe on the fictional island Motunui. Her father Chief Tui, leader of her island tribe, and her mother Sina are fearful of the water and want her to remain on the island, but her outgoing grandma Tala encourages her to leave and hunt down the demigod Maui to solve a mysterious curse that she believes has led to a poor harvest. 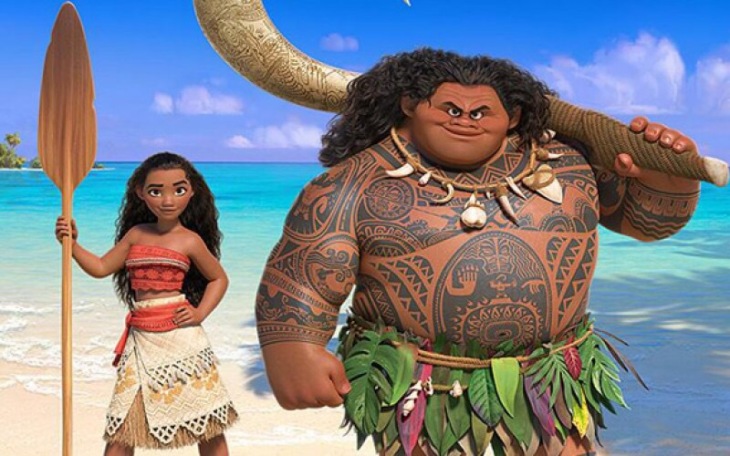 The basics of the story are, on the face of it, quite by-the-numbers. There’s a teenage protagonist, which makes it relatable for the younger viewers. She goes on a quest that has a practical purpose but also helps her develop as a person. She teams up with an unlikely buddy to help her in her journey. We’ve seen it many times before but the familiarity doesn’t hamper its success.

Where the story excels is threefold. Firstly, it has a brilliantly sharp and humorous script, which the actors are clearly having a lot of fun with. Secondly, the animation of both the characters and the surroundings is absolutely stunning. Finally, the music, which was written by Hamilton’s Lin-Manuel Miranda, Mark Mancina and Opetaia Foa’i, is outrageously good, and goes much further than simply one great flagship song (in this case “How Far I’ll Go”, sung by the lead and effectively Vaiana’s answer to “Let It Go”).

Indeed, it is unfortunate that the film has been unleashed in the same year as La La Land, which is destined to sweep up at most of the award ceremonies, at least in the Best Song categories. Miranda may have to have another attempt in a less competitive year.

There are a couple of nice smaller roles that are grasped by those involved. Alan Tudyk may be more famed for his turn as K-2SO in Rogue One this year, but he’s equally hilarious as Hei Hei the Rooster here, constantly stealing scenes with sound effects that match the ridiculousness of the island’s most endearingly stupid bird. Elsewhere, there’s a hilarious scene featuring Tamatoa, a giant kleptomaniacal crab who has a penchant for all things shiny.

Vaiana is a must see this holiday season and should be top of your list if you need to entertain any younger relatives over the coming weeks.

Check out the reviews of other Disney animated features and shorts here:

Note: This article was originally published for the English-language version of the film and has since been adapted. You can find the original version here.