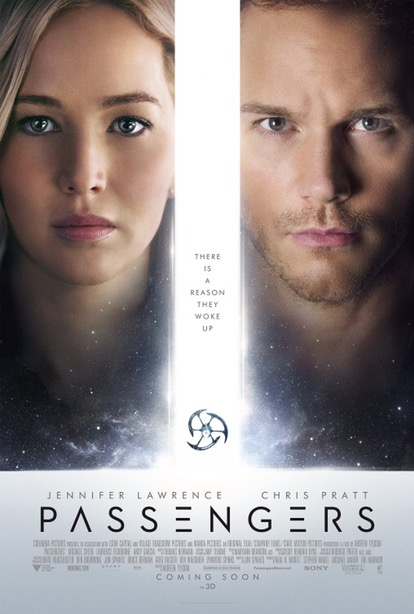 It’s fun to slam a bad film, isn’t it? Hand us a terrible film and we’re all there ready with our sticks to beat it down. It’s funny, because the filmmakers have no control over it and we get away with having a good laugh at their expense.

Passengers has been that film for the last couple of weeks.

I’ve had an article shared to me with some photos that prove how creepy Chris Pratt is in it. I had another one sent over about how it had failed at the box office after poor reviews. Generally the early reviews were positive, then the consensus changed and everyone has now decided it’s a poor film, so that’s the stance everyone has taken. Even positive reviews have misleadingly negative titles to ensure they don’t buck the trend (News.com.auhad a favourable review but they titled it “What was Jennifer Lawrence thinking?”).

The three people who sent me the above articles have no intention of watching Passengers. That is entirely their loss.

Passengers is an excellent film. 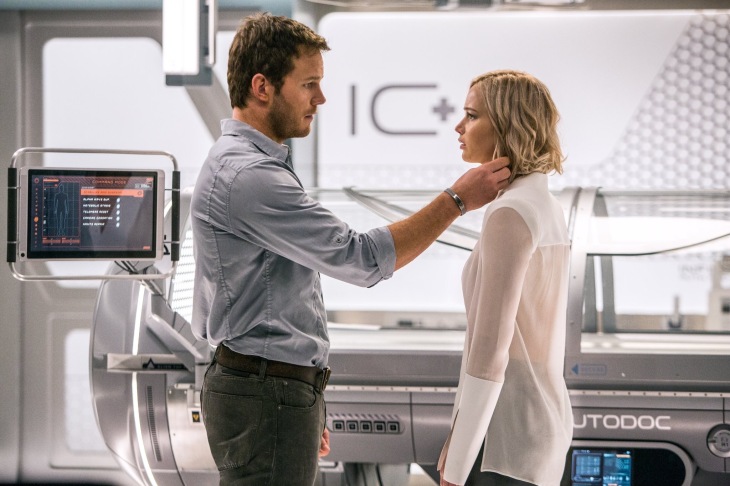 There’s more to this than the reviews have suggested

At its heart, it is a romantic drama that explores the relationship ship between James Preston (Chris Pratt) and Aurora Lane (Jennifer Lawrence), who are trapped in space on the Avalon spaceship, en route to the planet Homestead II. To make the 120-year journey, the crew and passengers are in hibernation pods, but Preston’s pod opens early and he is forced to fend for himself, physically and mentally.

Trapped in space alone, he eventually starts to consider waking up fellow passengers. As an electrician and mechanic, he can navigate the user manuals of the hibernation pods and is able to select who he wakes up based on video messages left on their personal profiles onboard the ship’s communication devices. He chooses writer Lane, a woman he has fallen in love with, and makes the unforgivable choice to wake her up, sentencing her to the same fate as him – certain death before anyone else wakes up.

The critics have centred on this decision as a blocker to any enjoyment. That is truly unfair. If they were handed the film to edit, presumably it would finish after forty minutes and we’d have a shot of Pratt’s character dying alone as an old man, trapped and miserable, yet having made the morally correct decision.

In Mark Kermode’s book Hatchet Job, there’s a brilliant passage on how Casablanca would have turned out if it had been shown to test screenings, with one of the greatest love stories of all time likely being changed to a happier yet implausible conclusion.

This is a plot that is deliberately divisive, meant to create discussion. Some will argue that Preston was insane, on the cusp of suicide, and his relationship with Lane sustained him long enough to figure out there was a critical error with the ship, this saving the entire ship (with her help – it was a two-person job). Others will side with Lane’s stance immediately after she realises the truth; also quite justifiable due to the fact their entire relationship is based on a fundamental lie.

Either way, director Morten Tyldum fully explores every possible line of thought enough to allow the viewers to make their minds up, with enough space in the pace of the film for those thought processes to go to fruition during the film.

Pair this complex romance with some beuatiful visuals and some stellar performances from the two leads, and you get a film much better than the critics will have you believe.

You will be robbing yourself if you believe the negativity and don’t see this film for yourself.