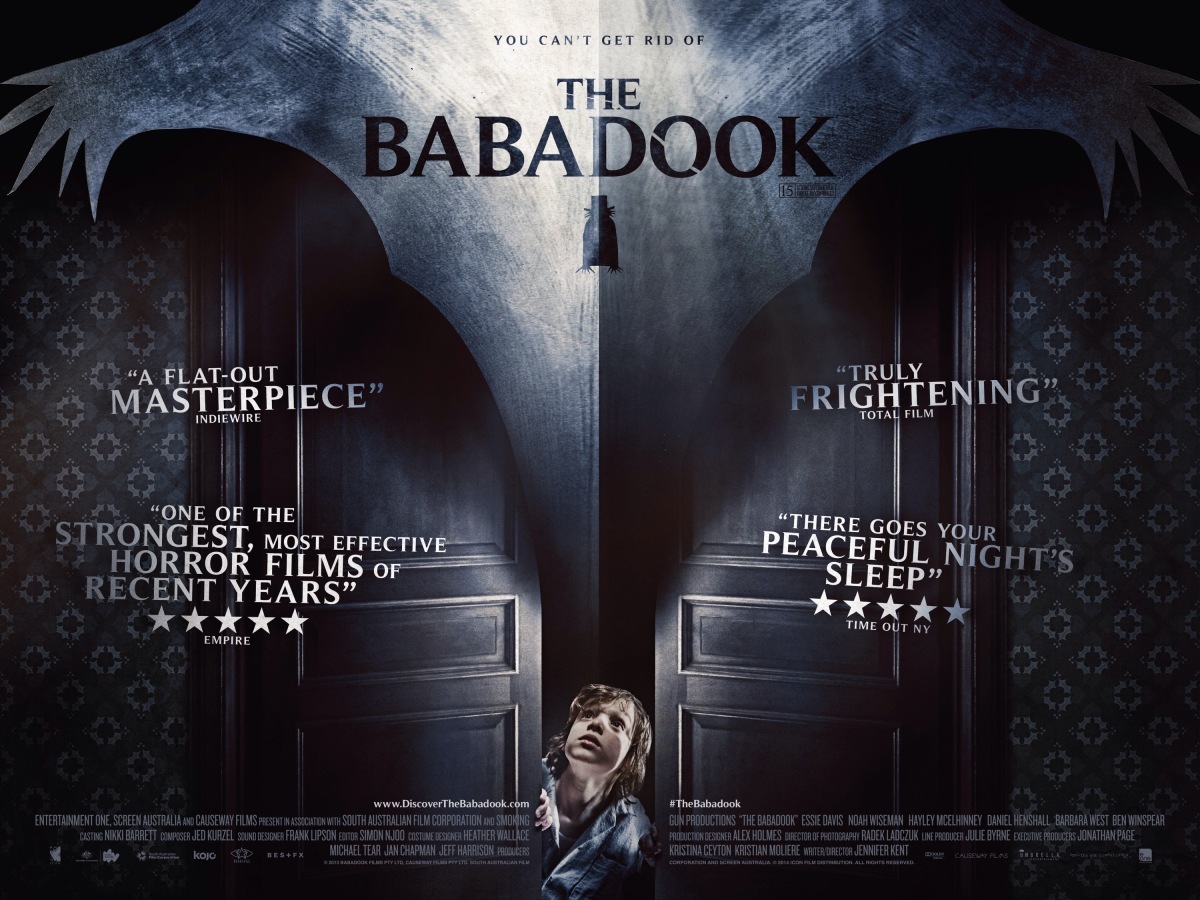 As it’s the second of two consecutive Friday 13ths in early 2015 (there’s another one at the end of the year too, right after Halloween too – we’re being spoilt!) – I thought I’d watch and review a new(ish) horror film. The Babadook was only released in 2014, but it has become an instant hit amongst fans of the genre.

Set in Australia, the slowly unravelling story brings us into the life of a single mother Amelia (Essie Davis) and her ill-behaved son Samuel (Noah Wiseman). With Samuel struggling to sleep at night and every other option exhausted, Amelia allows him to pick a book of his choice for her to read to him before bed time. However, when he picks out a mysterious and disturbing pop-up book called The Babadook, their lives quickly spiral out of their own control and into the grasp of the eponymous character from the book.

Stylistically the film has it spot on. To keep in with the tone of the film and depressing nature of the situation, there’s rarely any clothes worn that aren’t somewhere between black and grey. The general environment is drained of colour, with the low saturation levels adding to the dreariness.

The physical book looks horrific in itself, and the slow reveal of the uniquely designed Babadook adds to the tension. I was thankful that it didn’t resort to what many horrors go for these days – a quick reveal of a poorly CGId evil character that instantly destroys any inkling of suspense or terror. Kent clearly has her finger on the pulse and is well versed in what makes horror fans tick. 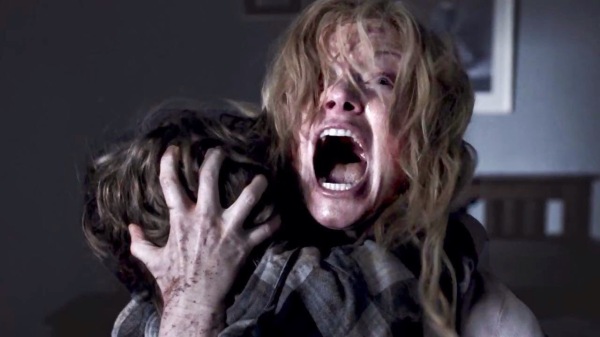 A woman realises she and her son aren’t in the correct screening for Frozen Sing-a-long.

The story is also surprisingly deep for a supernatural horror film. In its short running time of just over 90 minutes, we are nonetheless completely absorbed in the reality of the situation. This is only achievable through some well thought-out characterisation and some convincing performances from the two lead characters. Unfortunately, the same cannot be said of the support cast – clearly a choice was made to keep the pace up and the running time short by minimising any kind of depth to the friends and relatives of the lead woman. In particular, a seemingly key character is introduced in the form of her work colleague Robbie (Daniel Henshall), but he is abruptly forgotten about after about 35 minutes. I’m not saying it’s necessarily a bad thing, but I acknowledged it immediately and I was left thinking about which option was better.

Of course, horror films live and die by how much they can make you jump out of your skin. There is no problem with that here and my gut instinct is that it will thrill even the most hardened horror fan. I suggest you bring a pillow if you’re easily spooked.

If you’re in your supermarket tonight and need to get a last-minute horror film, then The Babadook is the one I have to recommend. It’s readily available for £10.99 in at least two of the big UK supermarkets and I’m sure you won’t be disappointed.