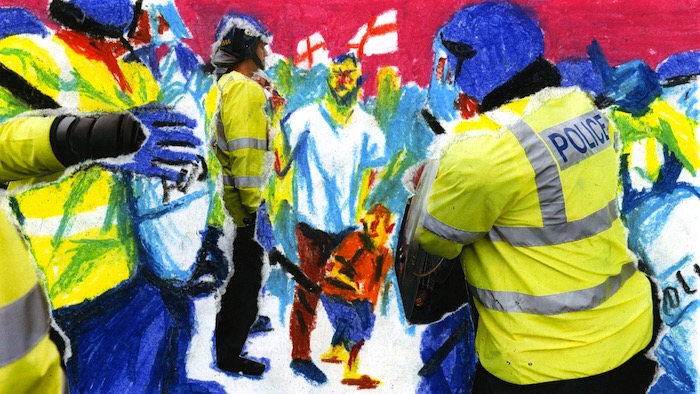 Marcus Armitage’s BAFTA-nominated short animation “My Dad” is a story full of social commentary, regarding the way children are influenced by their surroundings. Its powerful message makes it a worthy nominee at this year’s awards.

I caught up with Marcus ahead of the awards night to find out more about the film and his inspirations.

“I started out looking into the relationship between father and son and how opinions are passed down,” he said talking about the inspiration behind the film. In it we see a young child being spending time with his father as they do a series of seemingly innocuous things, but the overlaying of disjointed sound bites from the child (delivered to great effect by Divian Ladwa) reveals the real message of the piece – that children are smothered by a mixture of the media and their parents.

The narration acts as a voice for the child as he attempts to process what he is seeing and hearing. The brilliantly animated oil pastel drawings show a real talent in a medium Armitage clearly enjoys (“I have a stack of around 3000 oil pastel drawings at home!!”). Coupled with the innocence of the words spoken, the sensory overload really belies the powerful message contained underneath. 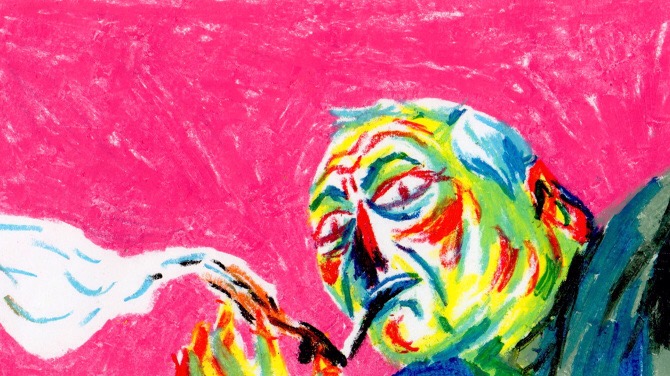 I was taken aback by the ending of the film, as the artwork is literally torn away to reveal a barely glimpsed shot of a terrified child with his father, in the midst of an altercation between an EDL gang and the police.

“The concept was mainly formed but then during research into the subject of inherited racism I found this image taken from an EDL march. I was so struck by its power I had to use it. It changed the film quite a lot but for the better. It is quite a disturbing image but you only get a quick glimpse at the end.”

It’s a really effective way to end the piece and shows Armitage’s intelligence in drawing masses of influence from something he finds intriguing and striking.

So what’s next for Armitage? “My next project is uncertain at the moment. I graduated in June and I’ve since set myself up as a freelance animator and director, which is going well.” He has ideas for his next film, but with time on his side and an increased interest in his work following the BAFTAs, My Dad is just the start of what I expect will be a very busy and exciting period in Marcus’s career.

You can view the trailer for My Dad here. I also recommend Over Dinner, a previously produced animation with a similarly powerful message.