There have been quite a number of Star Wars comics released by Marvel over the last few months, all in the run up to the release of The Force Awakens. First came the Jason Aaron and John Cassaday Star Wars series, which focuses on the original series heroes in events after A New Hope. Then there was the Darth Vader series from Kieron Gillan and Adi Granov, following a similar time period. There was also the five part Princess Leia series from Mark Waid and Terry Dodson, which is a neat addition to the story.

The one I picked up first was the Shattered Empire series, written by Greg Rucka and pencilled by Marco Checchetto. It covers the time immediately after Return of the Jedi and follows the main characters of the original Star Wars trilogy as they attempt to rid the galaxy of the last remnants of the Empire. 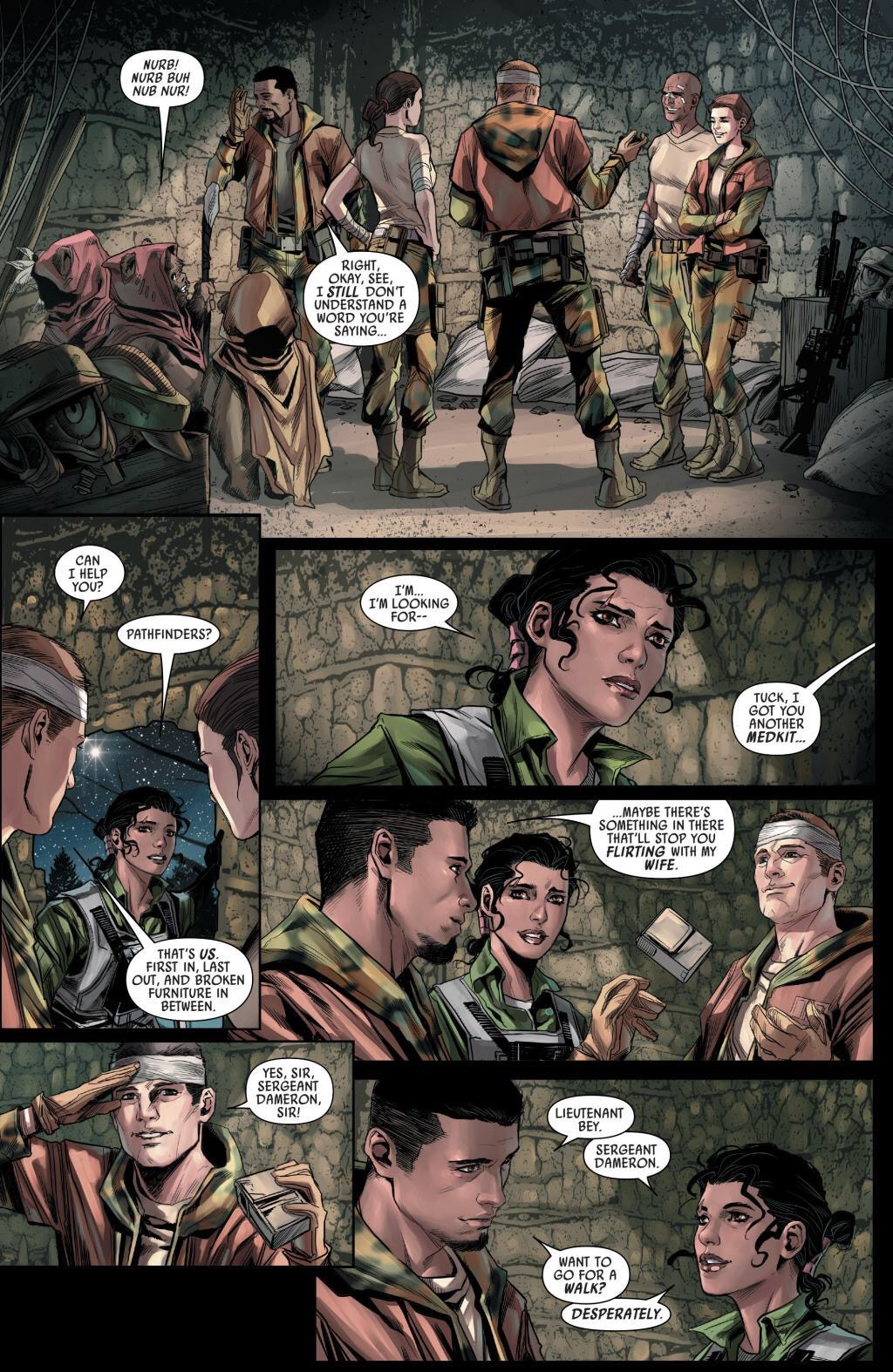 The biggest appeal for this is that it begins to bridge the gap between the last film and the one we’re so excited about seeing next week. Indeed, as the panels above show us, it is actually a backstory of sorts for Poe Dameron, the fighter pilot portrayed by Oscar Isaac in The Force Awakens. What we learn here is that his parents were part of the Rebellion with Han, Luke, Chewbacca and Leia. It’s perhaps not a revelation but it paints a broader picture of the situation he’s in and the relationship he might have with Han and Chewbacca when they interact.

The story is neat and the artwork is high quality, with plenty of detail afforded. Exactly what you’d expect from a Marvel comic these days.

The trade paperback also comes with the first issue of the Leia comic at the back, providing a flavour of what to expect from that series. Overall well worth a purchase.