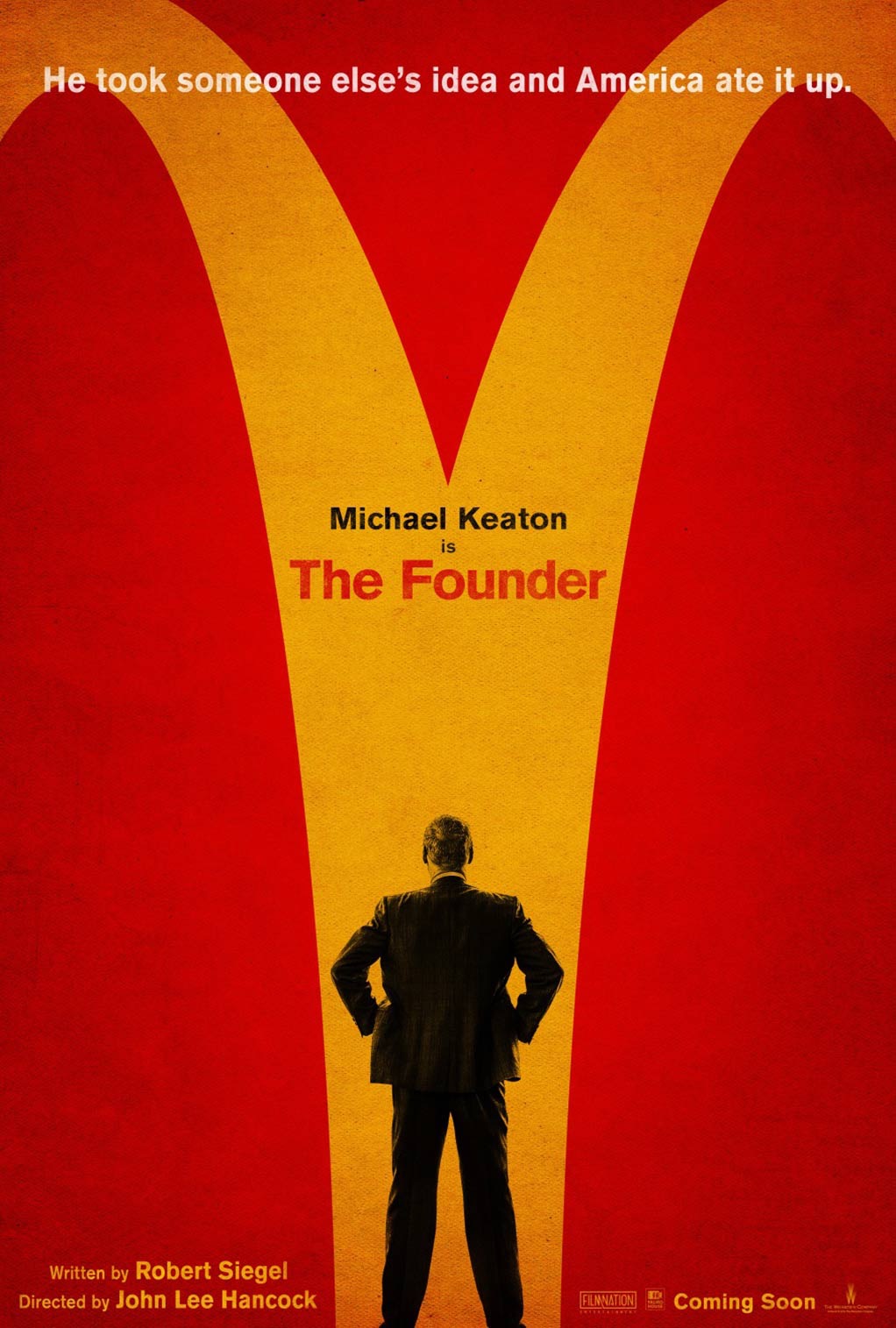 John Lee Hancock is busily carving out a name for himself as the creator of sanitised versions of the most successful business men in the history of humanity, treading perhaps where no director would dare through a labyrinth of red tape.

In 2013 it was Saving Mr Banks, Hancock’s portrayal of an important segment of Walt Disney’s life as he helped convince P.L. Travers to release the rights to Mary Poppins and shaped the now-classic motion picture. This time around he’s tackling the origins of one of the biggest global brands of the modern world: McDonald’s.

McDonald’s hasn’t had a successful time thus far being portrayed on screen. Outside the overbearing product placement that everybody hates (even though they often pay for significant portions of films), if you ask anyone whether or not they’ve seen a film about McDonald’s, they will more than likely start talking about one of two films: McLibel or Super Size Me. Both are excellent as films and even better in showing the company in an extremely negative light.

Or you may remember this film…

The Founder isn’t quite as negative towards the iconic brand as the recent memorable efforts, going a long way to provide a balanced view of the origins of the story. It may be sanitised but it is at least reasonably based on facts (to our best knowledge).

Michael Keaton plays Ray Croc, a driven but unsuccessful salesman who happens upon the first McDonald’s restaurant whilst trying to sell milkshake making machines. This restaurant is owned by Richard and Maurice McDonald (Nick Offerman and John Carroll Lynch) and they soon go into partnership to franchise the company and start growing it across the rest of USA.

The biopic serves two purposes for the company. Firstly, it portrays the McDonald brothers’ story as being as wholesome and family-friendly as any of the McDonald’s adverts that are create today. This was a family company that didn’t want to be taken over by the global powers, resisting all the way and almost unbelievably against making any profit. Looking at it cynically, it serves as an advert that champions the company’s family values.

Secondly, it portrays the man who turned it into a global power as self-driven, full of business acumen but at his most basic a self-centred, cold and heartless money grabber. We aren’t supposed to like him, though I can’t help but think that the characterisation will be a template for those wishing to succeed in business. I hope not – it would be a poorly-chosen idol.

The overall result is that we don’t feel encouraged to like our central character and it feels like the side of a story that aligns with the global branding message rather than one we can truly enjoy.

The problem is that Keaton is far too charismatic to not be liked and the Lynch/Offerman duo are sabotaging the success of the company at every turn. This makes the emotional journey slightly skewed as we try to take sides and don’t really know where to land.

Some will champion its subtlety but I don’t see it like that. I see it as a great actor shining through an advertising campaign disguised as a film.

Given the state of the political landscape right now, I don’t think it’s the film the world needs.

Good, harmless fun is how I’d describe the latest release from Illumination Entertainment. We don’t learn much about ourselves and we don’t get any kind of social commentary. The characters don’t stand out in terms of being inspirational, nor do they have the look of characters that will become favourites in years to come. But that doesn’t mean it’s a bad film and it doesn’t mean that the children it is aimed at won’t have a great couple of hours at the cinema if they see it.

The story follows Buster Moon (Matthew McConaughey), a koala who owns a theatre that is running out of money. As a last ditch effort, he plots to hold a singing competition, but his assistant accidentally advertises a $100,000 prize fund instead of $1,000. This sparks the interest of a range of hopefuls that make up our lead cast: shady mouse Mike (Seth MacFarlane) who specialises in Sinatra-style crooning; shy elephant Meena (Tori Kelly) who suffers from stage-fright and nerves; porcupine Ash (Scarlett Johansson), a goth-teen who is hampered by the fact she is performing in the shadow of her self-centred boyfriend and needs to shine herself; cockney gorilla Johnny (Taron Egerton), stuck in a family of mobster gorillas but wanting to follow his own dreams; and pig Rosita (Reese Witherspoon), a housewife who is so busy looking after 25 children and a hardworking husband that she has no time to pursue her dream of singing on stage. There’s also a group of cute, small Japanese dogs who evoke the worst of J-Pop culture to hilarious effect.

The universe these characters live in is a world of animals that looks like Zootropolis’s lazy and less charismatic younger brother. It’s a shame because if this had been released three years ago, the plethora of ideas would have brought the opening scenes to life, but in the wake of Disney’s triumphant film that is now almost a year old, it just doesn’t quite feel like it’s hitting the mark. It begs the question of which was storyboarded first and was there anyone involved in both projects that might have leaked information one way or the other.

One of the biggest flaws is the casting of McConaughey in the lead role. The character calls for a certain tone of charisma that simply isn’t delivered. This is surprising, because he has developed into a fantastic actor over the last decade, but it does highlight that voice-over acting isn’t something you can simply turn up and expect to be good at.

There are some hilarious moments in the film, which is what we’re looking for. One highlight comes from mouse Mike, who at one point sings Sinatra’s My Way – brilliantly – whilst a helicopter circles above, causing him to lift off the ground and then circle over the audience in a supremely stylish landing. It’s great setpiece, even if the build up is a tad protracted.

But that is what the film is about – big set pieces that will be fondly remembered, even if the overarching plot doesn’t deliver any great payoffs. A solid and enjoyable effort that is quickly slipping from my memory.