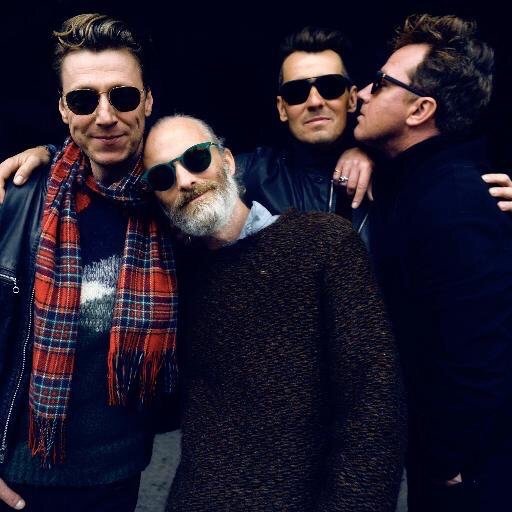 Encore
Good Feeling
Why Does It Always Rain On Me?

Back in 1999, Travis were on top of the world. They’d enjoyed moderate success with their debut album ‘Good Feeling’, but with ‘The Man Who…’ they had become relentlessly popular. Songs such as ‘Writing To Reach You’, ‘Turn’, ‘Driftwood’ and ‘Why Does It Always Rain On Me?’ were hard to avoid that summer, and they cemented their success with a glorious headlining slot at Glastonbury in 2000.

They may not still be considered mainstream, but those that have stuck with them know their form has never really dropped. The intervening years have given us a plethora of excellent album releases, from the radio-friendly ‘The Invisible Band’ in 2001, through the politically-driven ’12 Memories’ in 2003 to ‘Where You Stand’ in 2013, which is arguably their strongest set to date. Indeed, only 2008’s ‘Ode to J. Smith’ failed to trouble the top five of the UK album charts, showing that the plentiful die-hard fans kept coming back for more.

With 2016 promising new album ‘Everything at Once’, and with a couple of well-received singles in the bag, Travis decided to go out on a mini-tour to road-test the new material for these fans. I was there for the first of these gigs, at the Roadmender in Northampton, to catch their return to the stage.

The 850-strong crowd were in fine voice as they smashed their way through the first handful of songs. Opening with new track ‘Everything At Once’ was a brave move that paid off and it has already clearly been well received. However, it wasn’t until ‘Writing To Reach You’ kicked in that the audience really got going. A couple more hits followed before the next new track ‘Paralysed’ was given its first airing. It sounded good but singer Fran Healy admitted it would take five or six listens before any new material would truly sink in.

With an audience such as this – most were members of the mailing list that had been tipped-off about a ticket pre-sale – the more obscure songs will always be appreciated. Both ‘More Than Us’ and ‘Good Feeling’ from their debut album received huge cheers, as did ‘Blue Flashing Light’ as it closed the main set. It was this set closer that proved to be perhaps the highlight of the night, clearly now a fan favourite despite being buried as a secret track on ‘The Man Who…’.

And so the night came to a close with their signature song ‘Why Does It Always Rain On Me?’, sung at full volume by everyone present. It was a night for Travis to get back into the swing of things in safe and welcoming surroundings, knowing they would receive a much-deserved warm response from their most dedicated fans. They are set to take their new album on the road this summer (an announcement is set to be made tomorrow morning at 7am). Whilst they might not win any new fans over, they certainly won’t disappoint those already converted.