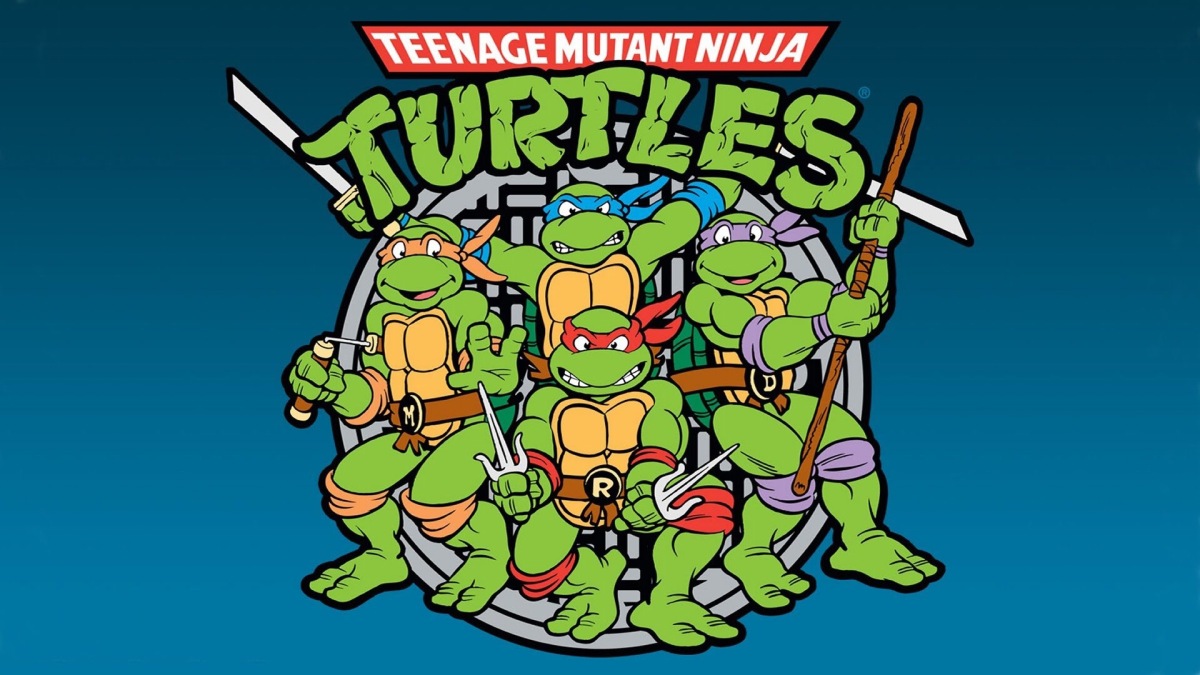 The year was 1989. Turtle Power had taken over the planet and, more importantly, my school. The turtles were everywhere. Everyone had to have a favourite of the four hero turtles (I’m from the UK so our heroes were called “Heroes” not “Ninjas”). It was not optional. Mine was always Raphael, though I had to occasionally be Michaelangelo despite not really being a party dude. Probably because I was five years old.

The appeal of the Turtles was far and wide. Initially it was just the action figures. Then it was colouring books, cereal and lunch boxes. Then it was colour-changing t-shirts, sticker books, video games and pizzas. Underpinning the whole mess of parent bankruptcy was the television show.

If you were a British child at the time, you were probably introduced to the Turtles by Andi Peters from the inside of a broom cupboard. It’s more normal than it sounds. Whilst the cartoons were generally of a very high standard for the height of their popularity, often riffing in unexpected ways on old horror films, nothing ever quite touched the first season – a five-episode masterpiece that functioned as well as an episodic release as it does in hindsight as a one-off special.

The story itself is reasonably close in plot to the original Eastman-Laird comics on which it is based, only slightly softer in tone. The Turtles are chanced upon by news reporter April O’Neill, who the four heroes save from a gang attack. They take her back to their sewer-based hideout to recover and upon her waking they tell her their backstory along with that of their ninja master Splinter.

From their we follow them as they defend New York City from the evil Shredder, acting at the behest of the literal brains of the operation Krang, along with their two bumbling goons Bebop and Rocksteady and a clan of Footsoldiers and Mousers.

The standard of animation was perhaps so good it was unsustainable for a weekly animation. The show was essentially a means to peddle the merchandise and action figures, so the quicker they churned episodes out the more outfits we could see the Turtles in and the more friends and foes they could encounter. Each ended up with their own action figure – never more apparent than the Ace Duck TV hero who literally appeared on screen for less than ten seconds but was exceptionally popular as a toy.

The first season was also much darker in tone than the future seasons, at least until the popularity was faltering and they tried to take it in a new direction. Writer David Wise always preferred this earlier darker tone but the lighter and more comedic direction played into the hands of the popularity of the show. After all, the parents were the ones buying the toys.

This van runs on Turtle Power yey! Oh no wait it runs on petrol.

This five-episode story arc remained untouchable for my younger self, desperate but unable to see the sort of serious animation coming out of Japan at the time. It was an interest sparked by my brother’s subscription to Manga Mania, though we didn’t get to enjoy the Akira feature film until it aired on BBC Two on 8th January 1994.

I can’t recommend this original series enough. Almost three decades later the story and animation hold up and it brings back a heap of memories of a misspent childhood. Seek it out. 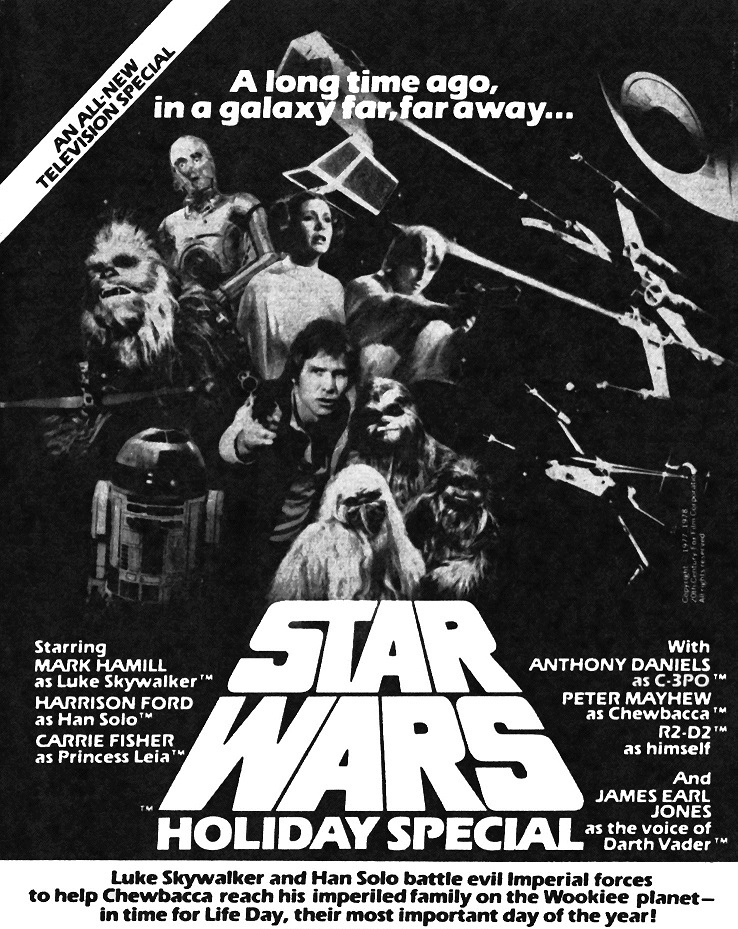 There was a time about fifteen years ago when very few people had heard of the Star Wars Holiday Special. George Lucas was no doubt thanking his lucky stars as what is generally considered an abomination had disappeared off everyone’s radars, the VHS copies in the hands of the general public were slowly deteriorating and there was little opportunity for the story to proliferate.

Unfortunately for Lucas, however, the internet happened. Nowadays, the average adult fan of Star Wars has very much heard of The Holiday Special and has probably made an attempt to watch it, given that it’s so readily available on the likes of YouTube.

If you haven’t heard of it, the basic backstory is that in 1978, one year after the release of the first film, the rights to the Star Wars franchise were temporarily handed over to Smith-Dwight Hemion Productions, Winters Hollywood Entertainment Holdings Corporation and 20th Century Fox Television to make a Christmas variety programme with a loose story used as a platform for several musicians and comedians to entertain the viewers.

The general consensus is that the Nelvana-produced Boba Fett animated segments are the only parts of the film worth watching it for. It has to be said that the ten minute cartoon titled “The Faithful Wookiee” is of an exceptionally high standard and if you haven’t seen it yet then seek it out. It is the first time Boba Fett was seen (note that the release was two years prior to The Empire Strikes Back). There is slightly more to it than just this though.

First of all, you do get to see all of the original cast together, which is a pretty rare occurrence outside the original trilogy and the odd fan convention. Mark Hamill is clearly caked in make-up to cover up scarring from the motorcycle accident he had a year earlier.

With the fact it’s a variety show in mind, it is easier to accept the performances from the various musical acts. Jefferson Starship’s song “Light The Sky On Fire” is actually very entertaining. Who doesn’t want to find out if Carrie Fisher can sing? [1]

Unfortunately, the negatives far outweigh the positives. “This Minute Now”, sung by Diahann Carroll, is a segment in which she appears as the fantasy of Chewbacca’s father (or father-in-law) and comes across as if she’s auditioning for one of those late night television programmes we’re told to stay away from as children. The Wookiee segments are embarrassing with far too much dialogue, none of which is subtitled. Anything featuring Harvey Korman, Art Carney, Bea Arthur or acrobatic jugglers is extremely difficult to sit through and take it away from the realms of enjoyment.

So, as a Star Wars fan should you watch it? Well, that’s your call. Just because you’re a huge fan of the original trilogy (or indeed the more recent films) it doesn’t mean you have to watch everything ever produced, but all the toys and read all the canon and non-canon fiction. However, you shouldn’t take other people’s opinion as gospel without trying to give it a try.

Star Wars Holiday Special has never been released on home media, although “The Faithful Wookiee” was an Easter Egg on the Star Wars: The Complete Saga Blu-ray boxset released in 2011. You can watch this segment below in lower than SD.

[1] She can, though she never won a Tony Award like Mark Hamill.