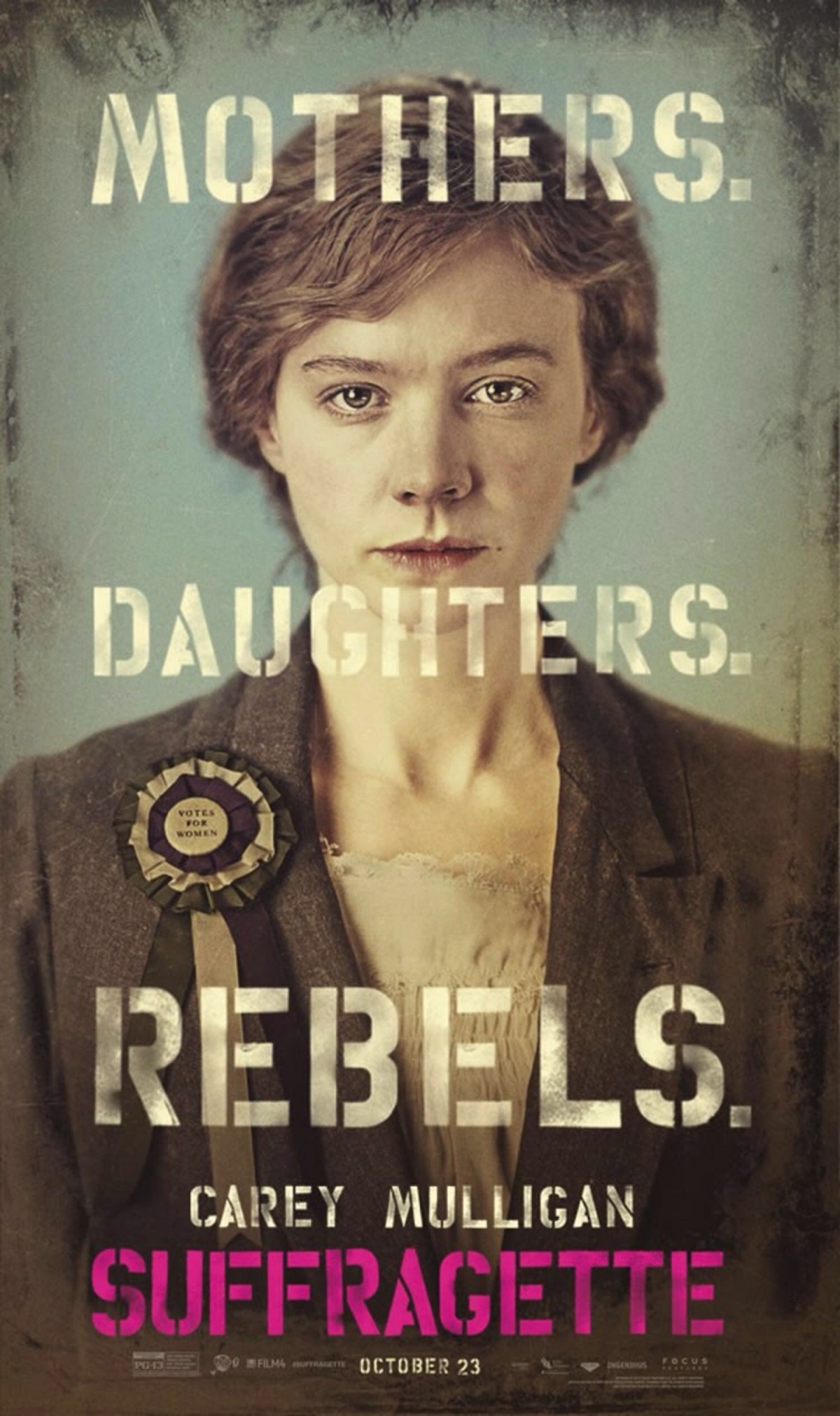 Suffragette opened the London Film Festival in some style tonight, with the stars out in force at the Vue in Leicester Square to bring their film to crowds in what was also the European premiere. The London Film Festival director Clare Stewart said prior to the screening that it was an “urgent and compelling film, made by British women, about British women who changed the course of history.” How right she was.

The film, directed by Sarah Gavron and written by Abi Morgan, tracks the true story of the early suffragette movements of the late 19th and early 20th century and how their struggles against increasing opposition from all around them got harder as their prominence rose. The focal point is the fictional Maud Watts (Carey Mulligan), a working class washerwoman who gets slowly drawn into the fight for power and ends up losing everything to fight for her equality. She joins the local branch of the suffragette movement after a chance encounter in the West End, and quickly finds her feet alongside Edith Ellyn (Helena Bonham Carter, incidentally the great-granddaughter of H. H. Asquith who was Prime Minister from 1908 to 1916), Violet Miller (a standout performance from Anne-Marie Duff) and Emily Wilding Davidson (Natalie Press), a woman whose life is worthy of a film in her own right.

Just as important to the dynamics of this story are the men. Maud’s husband Sonny Watts is an extremely complex character portrayed magnificently by Ben Whishaw. As Whishaw discussed prior to the screening, Sonny is conflicted by the desire to protect and provide for the family he loves and doesn’t understand the importance of his wife’s involvement. However, as the plot progresses he makes some unforgivable decisions that further drive Maud’s determination. Brendan Gleeson provides depth to the role of Inspector Arthur Steed, a man of authority who is investigating the movement.

However, this is a film about women and made by women. It is extremely refreshing to see a film where the women take centre stage and it isn’t about how in love they may or may not be with a man. Screenwriter Abi Morgan said prior to the premiere that “a film that is fronted by an ensemble of women, and they are not being funny or romantic, is hard. That became a huge obstacle.” It didn’t feel like there were any obstacles in the final product, though the story is a tough one to discover if your only experience is the sanitised version of the suffragettes where everyone sits around drinking tea and waving flags that is much easier to tell and even easier to digest.

Meryl Streep appears as British suffragette leader Emmeline Pankhurst. It is a positive move to use her in the advertising and posters as her popularity will bring punters to this important piece of cinema. However, it will be a great shame if she ends up being overly celebrated for her appearance, especially given it is so brief. There are at least three actresses in this film more deserving of accolades for their supporting roles.

In 2015 34% of women eligible to vote in the United Kingdom failed to vote in the general election. This figure rises to 56% for the under 25s. Overall that’s almost ten million women. So was the suffragette’s fight in vain? For the most part, no. However, these stats do underline that the right the UK has to vote is now taken for granted. As such, the release of Suffragette is as poignant now as it ever could have been.

A postscript identifies the years in which women were given the vote in various countries around the world. It is not surprising to see that several countries are still lagging on this front, though perhaps the popularity of this film will help rectify these issues ever so slightly.

This is a powerful piece of cinema and a relevant work of art. It is essential viewing for all women, any of the 33.9% of the UK public who decided not to vote in the 2015 general election, and anyone with a passion for excellent cinema.

Suffragette will be released in UK cinemas on 12 October 2015. 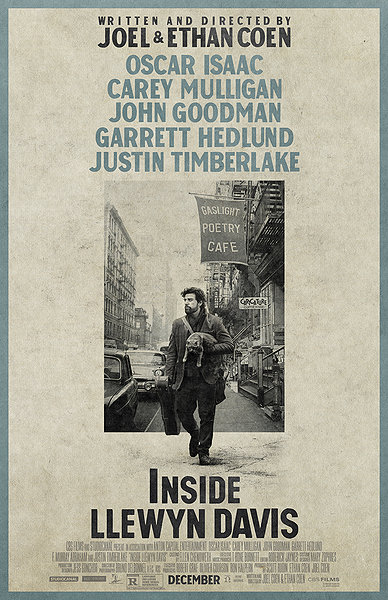 Before I start I must confess I’m a huge Coen brothers fan. So much so that I recently went on a day-long course at Broadway Cinema (which was excellent by the way). I look forward to every Coen brothers release and when it’s coupled with a Palme d’Or win then you know you’re in for an entertaining two hours.

The looping storyline concerns the struggling titular character, a performing artist in New York’s Greenwich village, as he tries to make ends meet and regain the popularity he once had with his former singing partner Mike Timlin (who has since committed suicide). It is packed full of astonishing musical performances, not least from Oscar Isaac (previously famed for the King to Russell Crowe’s Robin Hood, though set to become quite well known when he stars in the upcoming Star Wars Episode VII). Joining him are Justin Timberlake and Carey Mulligan as the main stars of the film, though they are definitely in supporting roles. There are also cameos from heaps of great actors, my favourite being the highly comical contribution from John Goodman.

The soundtrack is clearly the driving force behind the storyline. One of the greatest achievements the Coens manage is to allow our attention to be fully dedicated to the music. It’s never a case of starting a song and cutting away to a montage or separate conversation whilst the song goes through the motions of a second verse or middle 8. It is clear they are truly passionate about the music that drives the story and in almost every case the song is uninterrupted from start to finish. It could well be the greatest Coen Brothers soundtrack yet, and if you’ve heard the O Brother Where Art Thou? OST then you know what a compliment that is.

If you’re looking for something to lift your mood, steer clear. Indeed, if you are a struggling artist yourself, you might also want to give it a wide berth unless you are just interested solely in excellent musicianship. With someone this talented struggling to make ends meet and not showing any sign of getting anywhere with his music, you might leave convinced to never pick the guitar up again. If you can put all that aside and simply appreciate the (perhaps surprisingly) excellent musicianship captured so perfectly here then you’re bound to be a happy viewer.

This film is not going to go down as one of the great Coen Brothers films. It just doesn’t have the indescribable magic of, say, The Big Lebowski or Fargo. It is by no means a terrible film, but I just don’t think it has the widespread appeal of some of their other releases. It’s well worth checking out, though I recommend you give it your full attention.

Inside Llewyn Davis is out now in UK cinemas.