Danish director Nicolas Winding Refn has been carving out his own route to the forefront of spectacularly stylised cinema, oozing with what can only be described as Refnisms. His films all inhabit the same universe in a way that all great genre film makers do. So it is with his latest, The Neon Demon, which has all the hallmarks of a hedonistic night in a stae-of-the-art nightclub whilst not giving up on the brutal bloodbaths we’ve come to expect of Refn’s work.

The opening shot is breathtaking – a slow dolly-out on a female model who sits motionless with a sliced throat. That girl is Jesse (an initially unrecognisable Elle Fanning). We learn quite quickly that she is in the middle of her first photo shoot, but this shot lingers long enough to have us right in the palm of the hands of the storytellers. It is simple yet brilliant film making. 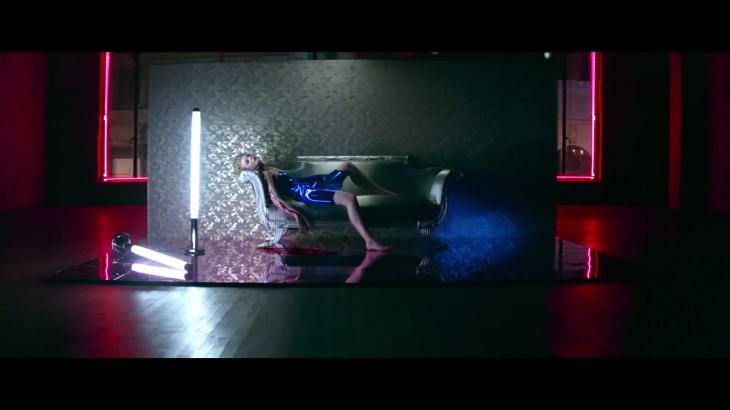 The film takes us on a journey with Jesse, an orphan who has moved to Los Angeles soon after her 16th birthday to pursue a modelling career. Bright eyed and innocent in every way, she has no time to learn who she can and can’t trust. As the focal point of a powerful story she is brilliant in the way she carries the film on her shoulders.

The supporting cast are excellent. Abbey Lee and Gigi Bella Heathcote put in a great turn as the jealous models Sarah and Gigi. Keanu Reeves’s Hank is reminiscent of his abusive husband Donnie in The Gift, full of brutality and intimidation. It is Jena Malone’s portrayal of doting makeup artist Ruby that really comes close to stealing the show, her face betraying everything she says throughout to brilliant effect.

The Cliff Martinez soundtrack feeds into the visuals perfectly. A frequent NWR collaborator, Martinez’s sparse electronic score blends the contemporary setting with the horrific events that are unfolding on screen. This is a work of art for which he won best soundtrack at the Cannes Film Festival. It’s easy to see why.

This is a sensational film with a powerful leading performance from a girl just seventeen at the time of filming. Pairing this with such bold film making and the result was never going to be anything but an overwhelming success.