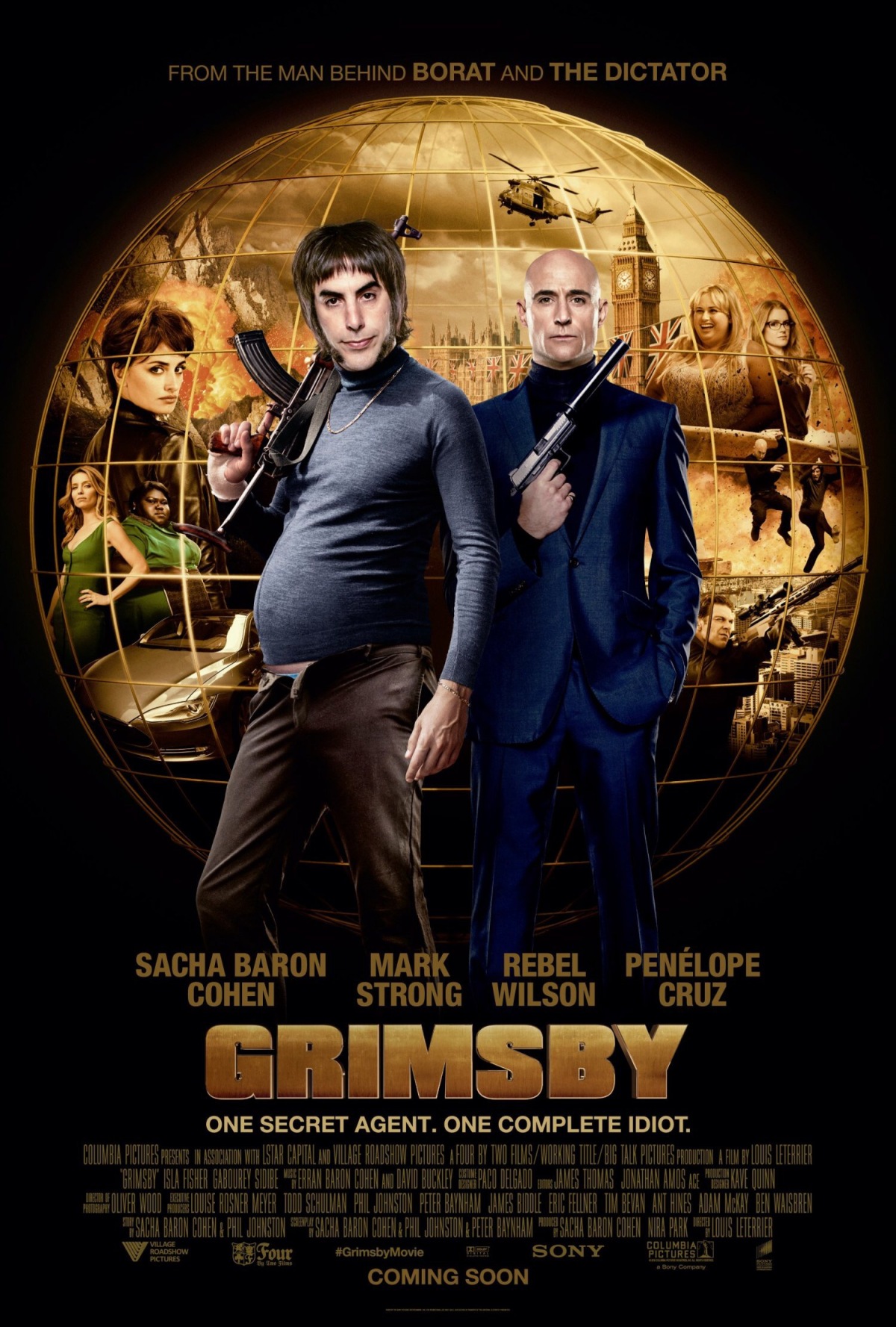 If you live outside the UK, it’s unlikely you have ever heard of Grimsby before. A middle-sized coastal town in East Lincolnshire, Grimsby was once famed for its fishing industry, though it is now in post-industrial decline. There are plenty of towns just like Grimsby dotted around the UK, though none of them have a huge blockbuster movie named after them.

This tale involves two brothers.Sebastian (Mark Strong) is a top class secret agent who we get introduced to during an exilerating first-person opening scene. All action, no messing – a man set up as a lone wolf. In contrast, his older brother Nobby (Sacha Baren-Cohen) is living in a run-down area of Grimsby with his girlfriend Dawn (Rebel Wilson) and countless children whose names include Skeletor and Django Unchained. Fostered and split up at birth, it is true that they have lived entirely different lives. An incident at a charity event led by the suspicious Rhonda George (Penelope Cruz) brings them back together but also leads to a manhunt for Sebastian. The brothers must team up and go on the run to prove his innocence and save the world.

Critical response for this film has been mixed to negative, and I’d braced myself for the worst after an unrewarding time watching The Dictator. However, this was a unexpectedly rewarding experience.

The storyline is fairly generic but well executed, serving as a solid platform for some massively hilarious scenes involving the two leads. Strong makes for a surprisingly effective comedic straight man, when it would have been much easier to play the part for laughs.

Cohen yet again proves to have chameleonic abilities to perform as a character far removed from his real-life persona. Whilst the more disgusting scenes may be the most memorable (three spoiler-free words: poison, elephants, fireworks), the film does have some satirical messages it does well to sneak in. True, the climactic battle speech he delivers is a little too obvious, but elsewhere there’s a lot going on that shows it has more than just a tea-bagging gag to offer.

It is definitely going to feel dated due to the overuse of jokes relevant only to 2016, possibly only to the UK, but for now it’s worth a punt.

An unexpectedly good film with lots of laughs.