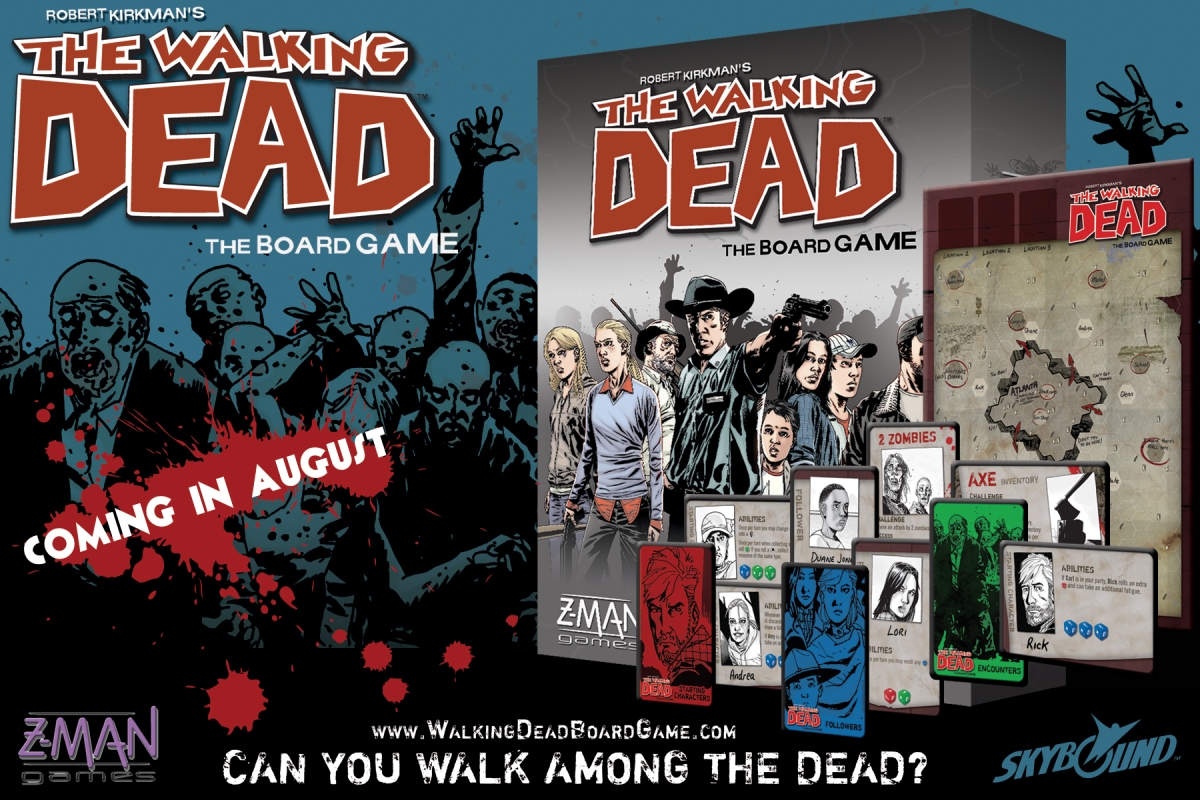 The aim of the game is relatively straightforward. You take control of one of the main characters from the early parts of the series: Rick, Glenn, Shane, Tyreese, Andrea or Dale. You have to take your character, along with any number of followers (you start with one) and scout out three locations on the playing board from a possible four: three public locations and one private location. Each location has a list of criteria you need to meet and each character has a special ability to help your team along the way. Achieve this before anyone else on the board and you’re crowned the overall winner.

The game does its best to throw you off. Each time you try to collect resources (petrol, food or ammo) you have to pick up an encounter card. Using the abilities indicated on your party’s individual cards, you may have to try to fend off a zombie attack, trick your rival players into giving you a boost or roll the dice and see if you meet a specific criteria. The results of winning can be hugely varied. Sometimes it simply means you survive, other times you pick up a new follower (probably the most effective way to win).

Each time you move your character you leave behind a zombie token with a mystery number underneath. This is the number of zombies you must kill if you are to pass through that space in future. This doesn’t sound too bad, but if you have a key public location that is being surrounded by players, these tokens rapidly build up. Furthermore, if you are in desperate times you may choose to use one of your ammo resources and fire a machine gun into the zombie battle you are facing. This allows you to roll an extra dice but means there’s a 50% chance you will be fully surrounded by zombies. As you can guess, the more people playing the game, the faster the board fills up with zombie tokens. It makes for an interesting game.

The design of the game is beautiful and ties in perfectly with the style of the comic book. The character design might not appear familiar to those who only watch the TV series, but those who prefer the comic book will be delighted at the great job they’ve done here.

One drawback is the lack of storage inside the box. You’re going to need to buy these small plastic resealable bags. If you don’t you can add five minutes of setting-up time each time you play to overcome the fact all your counters and tokens are now jumbled up.

Another flaw is that the game rules aren’t explicitly clear, meaning the FAQ section of their website is full of answers to questions you’ve probably been asking after as little as one game. This could have been avoided by having a little more clarity in the user guide, a simple task for a relatively simple game.

Overall, this is a fantastic purchase for fans of the series, especially if you have a large group of friends who all love board games.

The Walking Dead: The Board Game is available to purchase now.