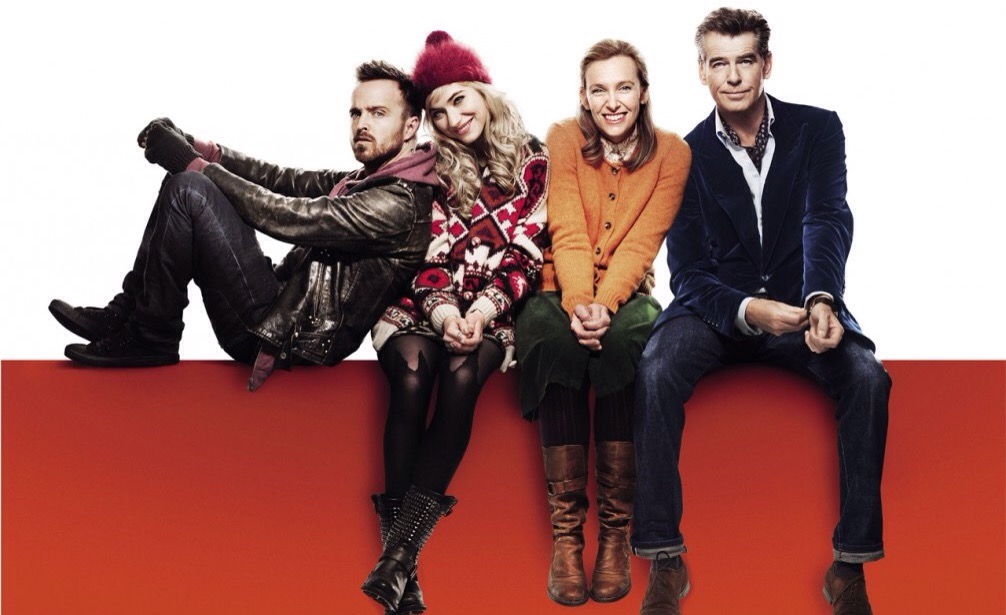 The latest Nick Hornby book to be given the big-screen treatment, The Long Way Down is on the face of it quite a distasteful basis of a comedy drama. The premise is that four people – played by Aaron Paul, Imogen Poots, Toni Collette and Pierce Brosnan – go to the top of a tower on New Year’s Eve with the same intention: the commit suicide. Talking each other out of it, their shared experience brings them closer together and they form an unconventional but essential bond.

It isn’t one of Hornby’s best films. Perhaps it’s the disbelief I found in the unlikely friendship they build with one-another. Perhaps it’s the light-hearted touch with which director Chaumeil has dealt with the source material. Perhaps it’s the fact that all the main characters are annoying in their own special way. Perhaps it’s just that I don’t want to see a comedy about suicide.

That’s not to say that all potentially distasteful comedies have nothing to offer. 50/50 was probably the best comedy I saw in 2011. I guess it just has to be dealt with in the right way.

There are some effective moments. The scene in which Rosamund Pike cameos is a precursor of her sinister turn in Gone Girl. Poots gives an assured performance throughout, giving life to a potentially film-ruining character. There is a heart-wrenching moment near the end with Collette and her son, which adds a lot of depth to her character, albeit late in the day.

I liked the way the film resolved itself. I just didn’t really enjoy the journey that took me there.

The Long Way Down is available on Blu-Ray, DVD and Netflix now.