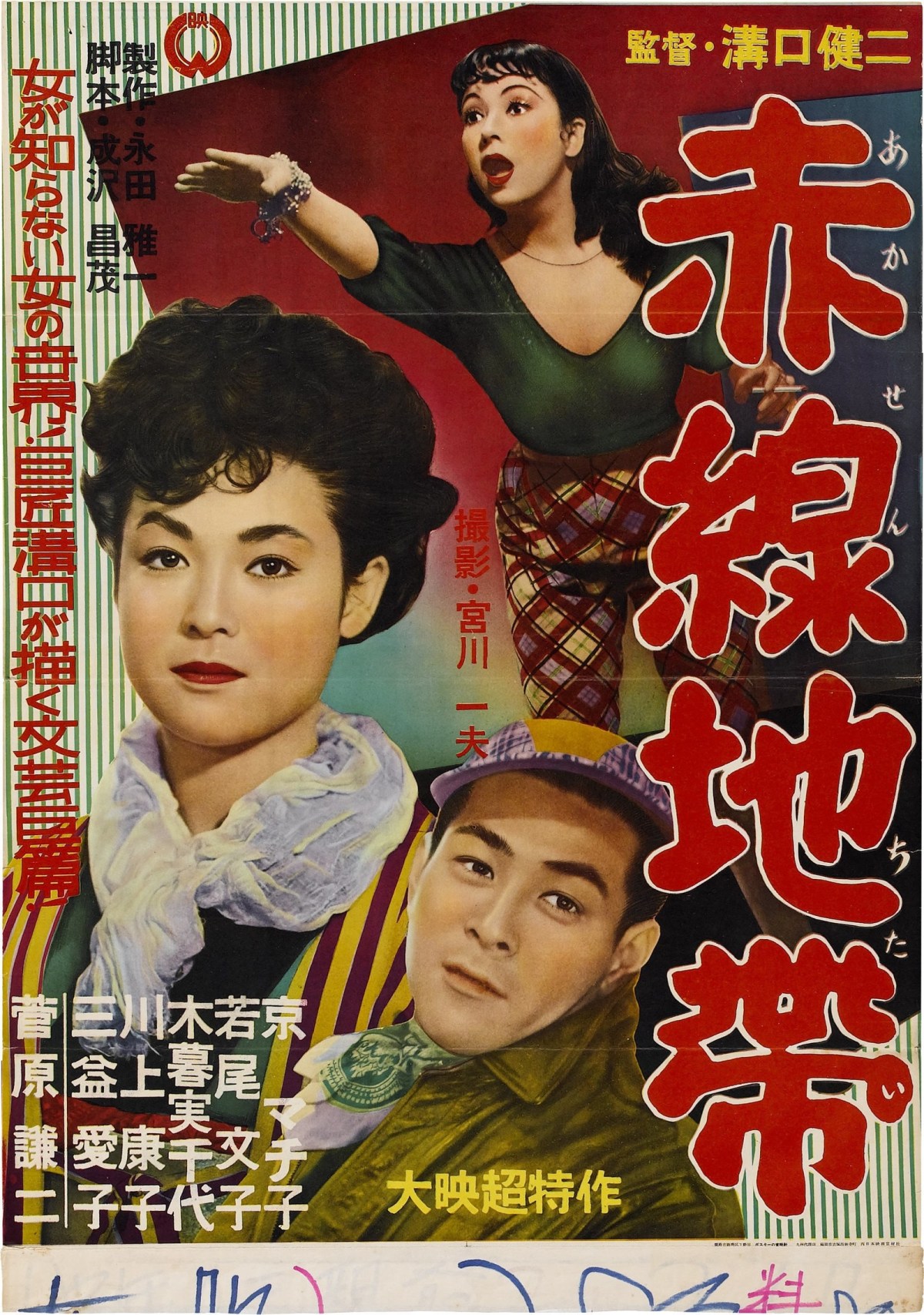 One of the highlights of the Late Mizoguchi boxset, and indeed Mizoguchi’s entire career, is the film Akasen Chitai. Literally translated as “red-line district”, the film concentrates on the legal brothels of post-war Tokyo. Two months after its release a groundbreaking law was passed in Japan that made prostitution illegal in Japan, putting an end to the “red-line” and “blue-line” zones that had operated up to that point. Mizoguchi would die in August of the same year whilst developing his next film “An Osaka Story” (later directed by Kōzaburō Yoshimura). This Akasen Chitai would prove to be his final film. 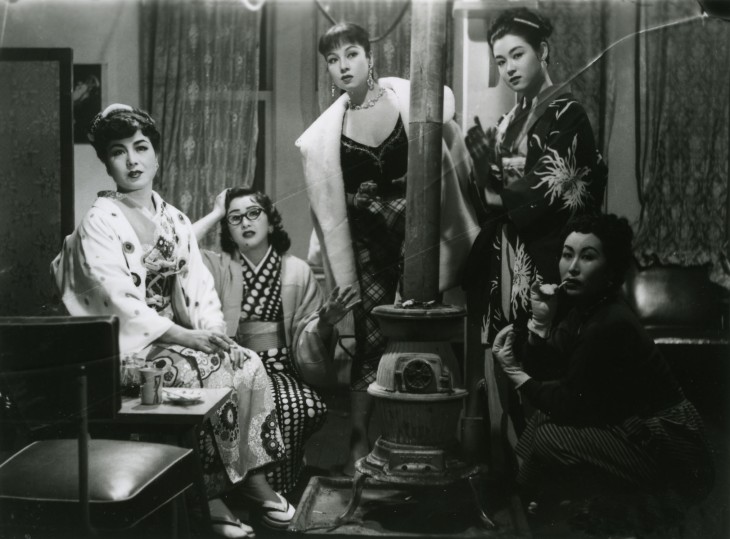 The five stars of a five-star film.

The film follows the fortunes of five prostitutes working in Dreamland, a legal brothel, contemplating their future should the Diet pass a law to make their profession illegal. The five lead characters – Yasumi (Akayo Wakao), Hanae (Michiyo Kogure), Yumeko (Aiko Mimasu), Yorie (Hiroko Machida) and Mickey (Machiko Kyô) – all form a central part of the plot in different portions of the film.

Hanae has arguably the most heart-breaking story. Trying to make ends meet to support a young child, her husband suffers from depression and suicidal tendencies as his inferiority engulfs his being. She is not a natural in her profession as her colleagues and if often criticised for her “scruffy” appearance. The only thing she fears more than her job is the possibility that she will lose her job in the near future. It is a complex and depressing sub-plot that

Conversely, the glamorous Yasumi is a compulsive liar who is playing on the emotions of her most devoted client to get him to buy her presents and give her monetary hand outs. It takes a skilled director to convince the audience to find sympathy for such a character, but that he does.

It is Mickey that eventually becomes the focal point of the plot. She arrives as a young and confident new employee at Dreamland and immediately proves popular amongst the clientele. Whilst her colleagues are all working out of desperation and a hope for a better life, it later transpires that Mickey has runaway from the home of her successful business-owning father. The scene in which he arrives to take Mickey home and avoid a family scandal is perhaps the film’s most powerful and memorable, full of elements of the mise en scène Mizoguchi was so famous for.

Whilst the overarching message is that of depression and desolation, the the film is effective because the characters are believable. There are also elements of humour littered throughout. For example, when the aging Yorie discovers one of her frequent clients with the younger Mickey. An argument ensues and the client calls her a whore, to which her response is “If I’m a whore then what does that make you?”, setting up the perfect response: “I’m the client!”

It may not have been his planned swansong, but Akasen Chitai is an excellent way to bookend the career of a masterful director.

Akasen Chitai is available as part of the late Mizoguchi boxset, though you may find the price of the DVD a little more palatable.